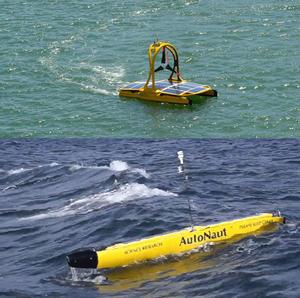 At the meeting it was announced that the National Oceanography Centre is to purchase the vehicles – AutoNaut and C-Enduro for UK scientific research.

The unmanned surface vehicles, AutoNaut produced by MOST Ltd of Chichester, and C-Enduro by ASV Ltd, based in Portchester were developed as part of a £1million initiative to produce rugged and reliable marine autonomous systems to gather data from the open ocean over periods of several months in support of UK marine scientific research. 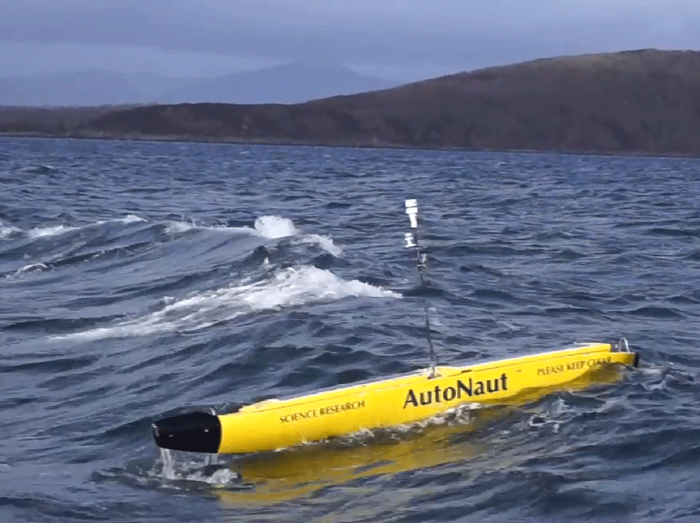 Geraint West, director of National Marine Facilities said: “This is an investment of some £400,000 into technology for ocean research. We have been extremely impressed at every stage of the process by both companies commitment to innovation and reliability.”

Known as LEMUSV – Long Endurance Marine Unmanned Surface Vehicles – the robot boats harvest energy from the environment. The AutoNaut vehicle is powered by wave energy while C-Enduro is driven by wind power. Both boats use solar energy to power instruments. The designs exploit developments in technology that allow for data to be transferred to shore and satellite navigation tools to control and change their position. 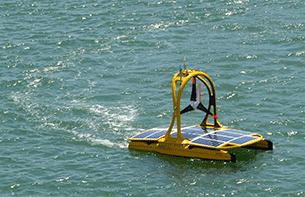 “The intention is that the vehicles will complement, and eventually replace, traditional data-collecting fixed moorings deployed in the open ocean. It really is the way forward for ocean research” continued Geraint West.

The scheme was co-funded by the Natural Environment Research Council (NERC), the Technology Strategy Board (TSB) and the Defence Science and Technology Laboratory (Dstl) under the government-backed Small Business Research Initiative (SBRI). The project is supported by the Science Minister David Willlets’ ‘Eight Great Technologies’ initiative and has also received further funding from Dstl.