Offshore pressure measurements of ocean tides were initiated by David Cartwright in the 1960s and have continued to date with over 250 instruments being deployed. The first instrument was developed by Peter Collar and his team at the National Institute of Oceanography, Wormley, Surrey and deployed in the Hurd deep in July 1969.

Due to the relatively high power requirements and small storage capacity of electro-mechanical data logger, the deployment duration was limited to less than 30 days – in this case 15 days.

During the early 1970s there was great progress with respect to low power electronics, sensors and battery technology, enabling the tide gauges to be deployed for much longer periods (typically months) and at greater depths (>1000 metres). Larger diameter and thicker wall pressure housing spheres were used to withstand the greater deployment depths of up to 4000 metres. At the time these Mk3 large diameter spun spheres were the largest ever manufactured.

By the 1980s the Mk4 tide gauge had been developed with the ability to be deployed at depths of over 5000 metres and for periods of 1.5–2 years. Low power CMOS integrated circuits and the use of Lithium battery packs enabled much longer deployments. The Mk4 tide gauge became the workhorse for many deployments later in both the North Atlantic and the Drake Passage.

The principle of operation of the early pop-up offshore tide gauges (OSTG) is the same as today’s instruments: a buoyant package containing the measurement instrumentation and batteries is attached to a lander frame and a releasable ballast weight (normally a tri-pod shape for stability) allows the whole package to free fall to the sea bed. Round pads on the feet of the ballast weight provide stability and resistance to sinking into fine sediment. On command from the surface, an acoustic release can activate a mechanical link that detaches the buoyant frame from the ballast weight, allowing the frame to float freely to the surface for recovery. 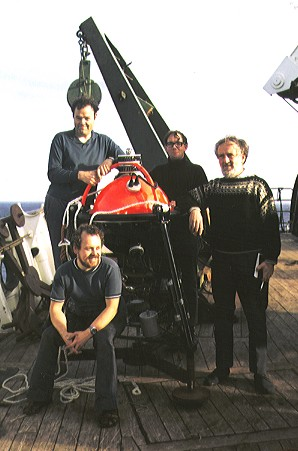 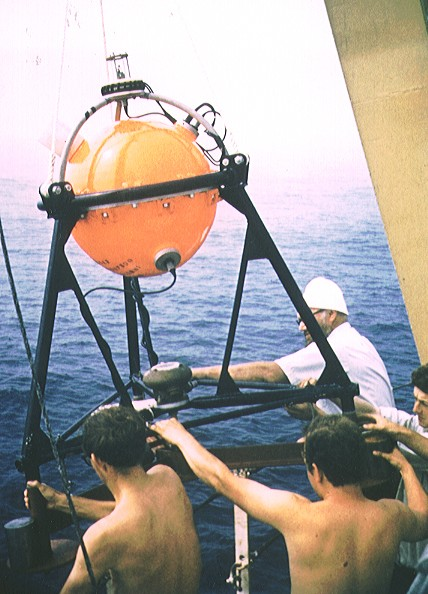 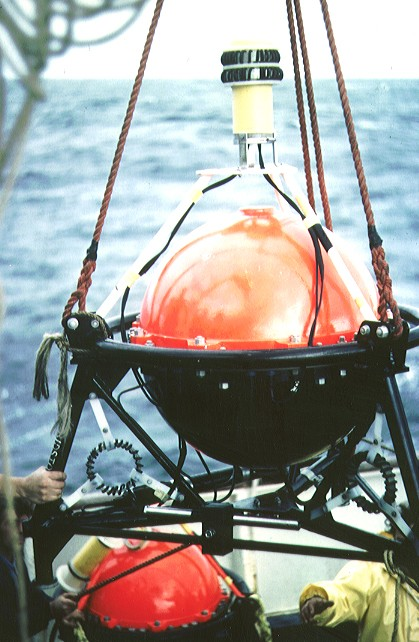 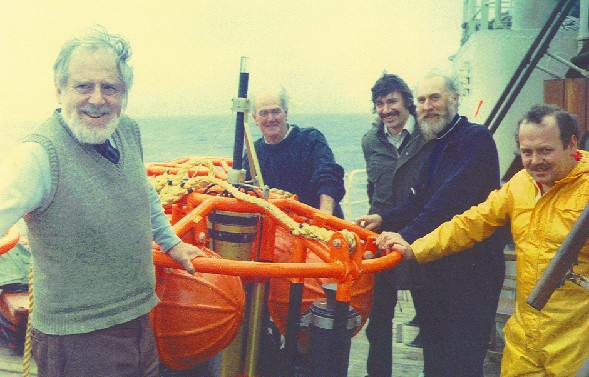 The NOC has the longest established Deep-Ocean Lander group in the UK, with over 45 years experience and over 250 deployments, mainly of one year duration or longer. The landers range in size from the two-sphere RAPID Lander to our most complex MYRTLE-X lander that has 10 year deployment capability and 12 releasable data capsules.

The prototype MYRTLE lander with four data capsules was deployed in December 1992 in the Southern Antarctic off Elephant Island and recovered over four years later, it was again deployed in 1999 and recovered in 2003. The smallest landers (RAPID Lander) were used in the RAPID programme in the North Atlantic, one of which was deployed for over 4.5 years. These extended deployments provide the NOC with the world’s longest, continuous deep-ocean pressure measurements ever recorded. 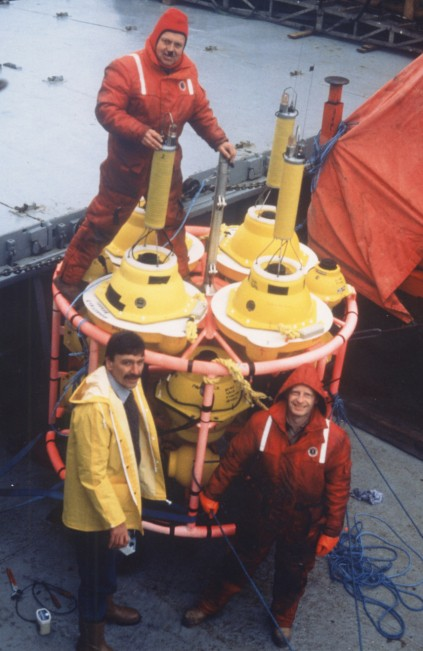 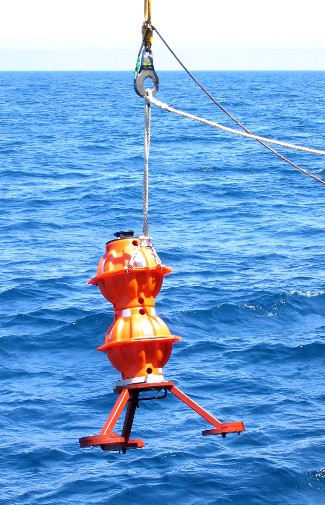 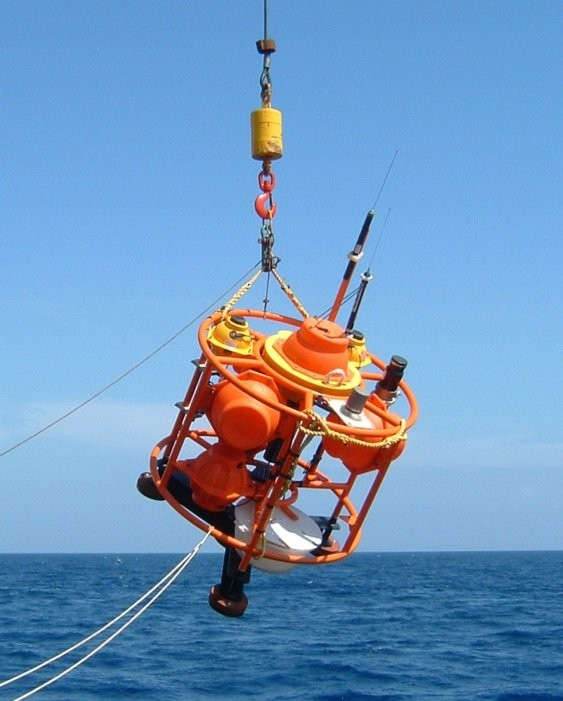 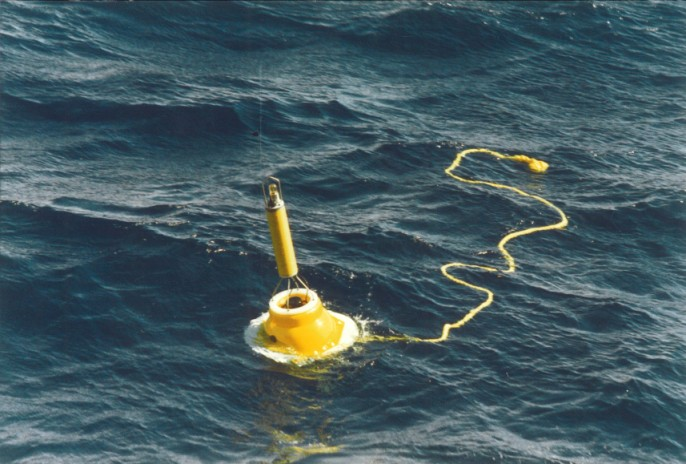 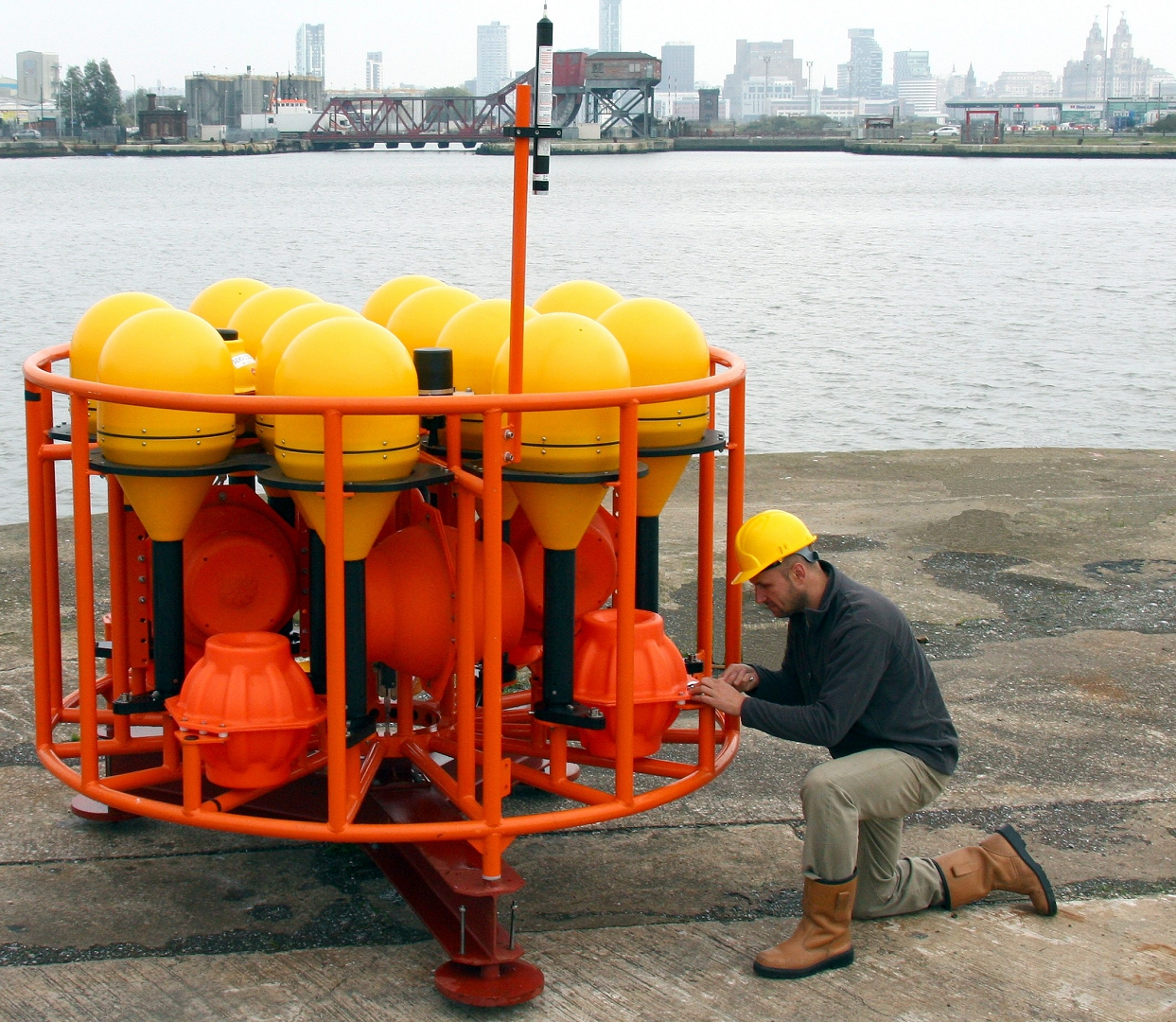