These narrative poems by Sarah Hymas will accompany you on your journey along Crosby Beach.

They capture changes in coastal processes, land use, shoreline management and observation techniques.

Read the poems, listen to the author (click the map symbols or open the tabs below), and view the ‌ photo gallery. 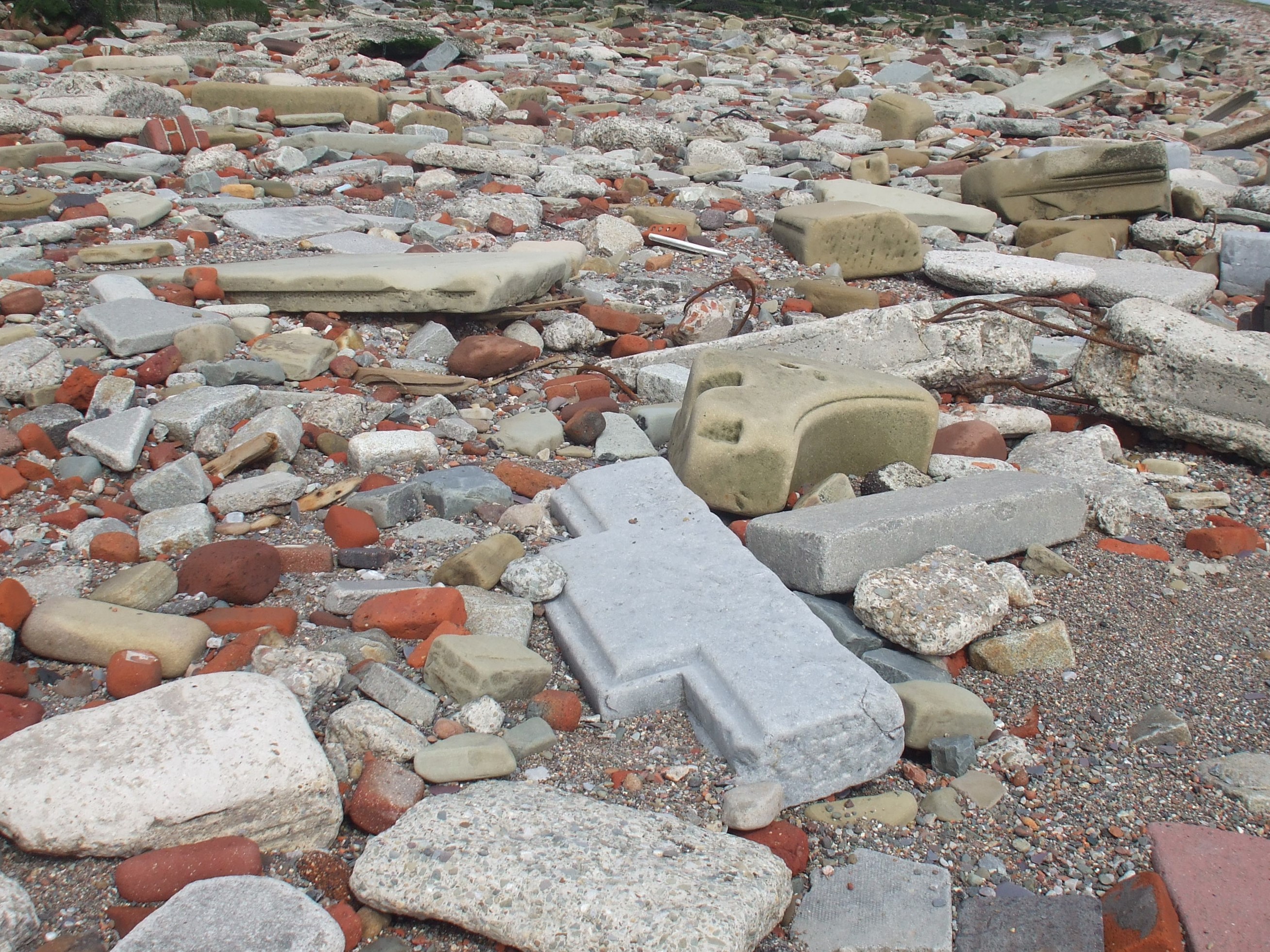 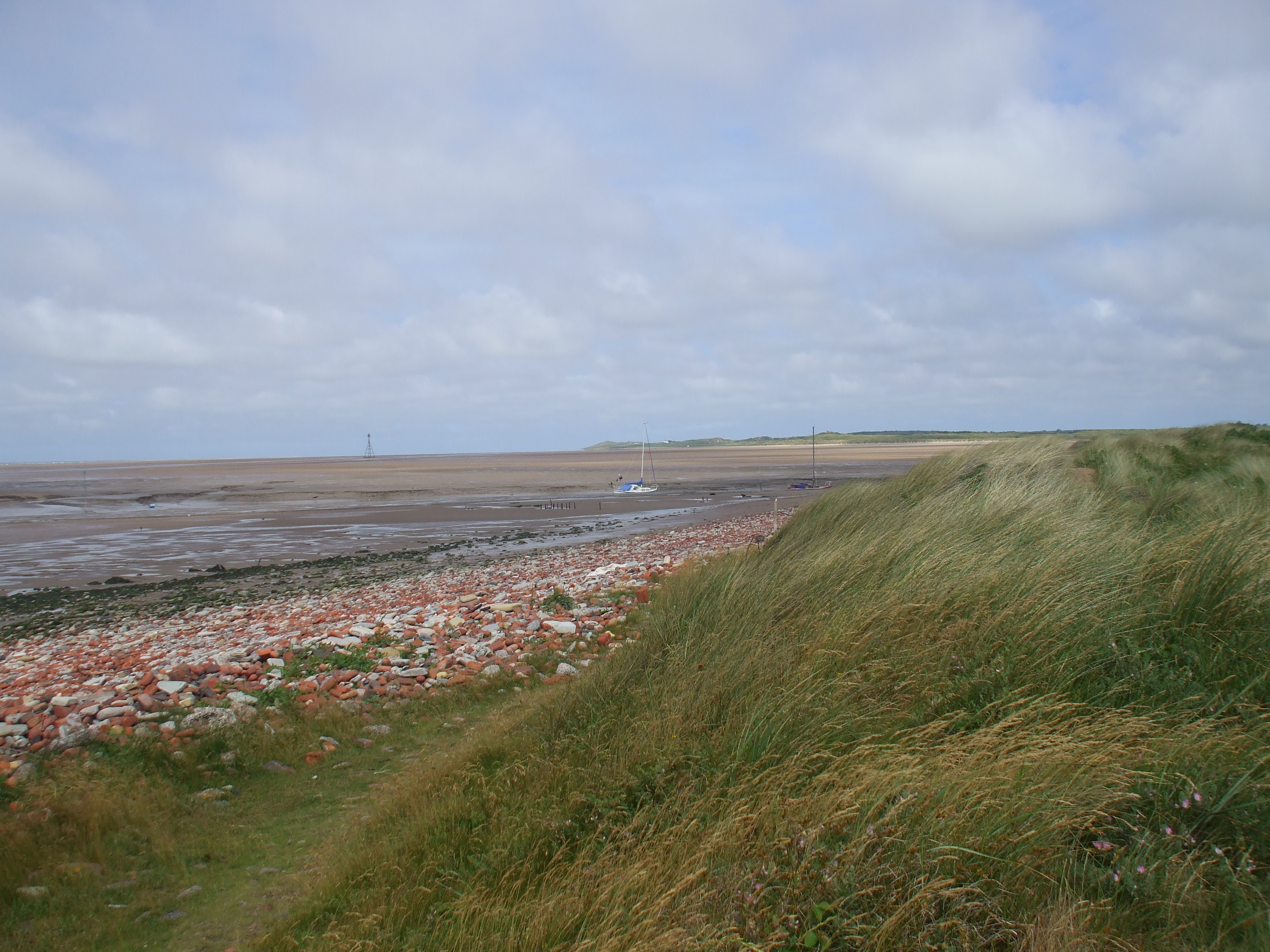 Boats in the Alt [image] 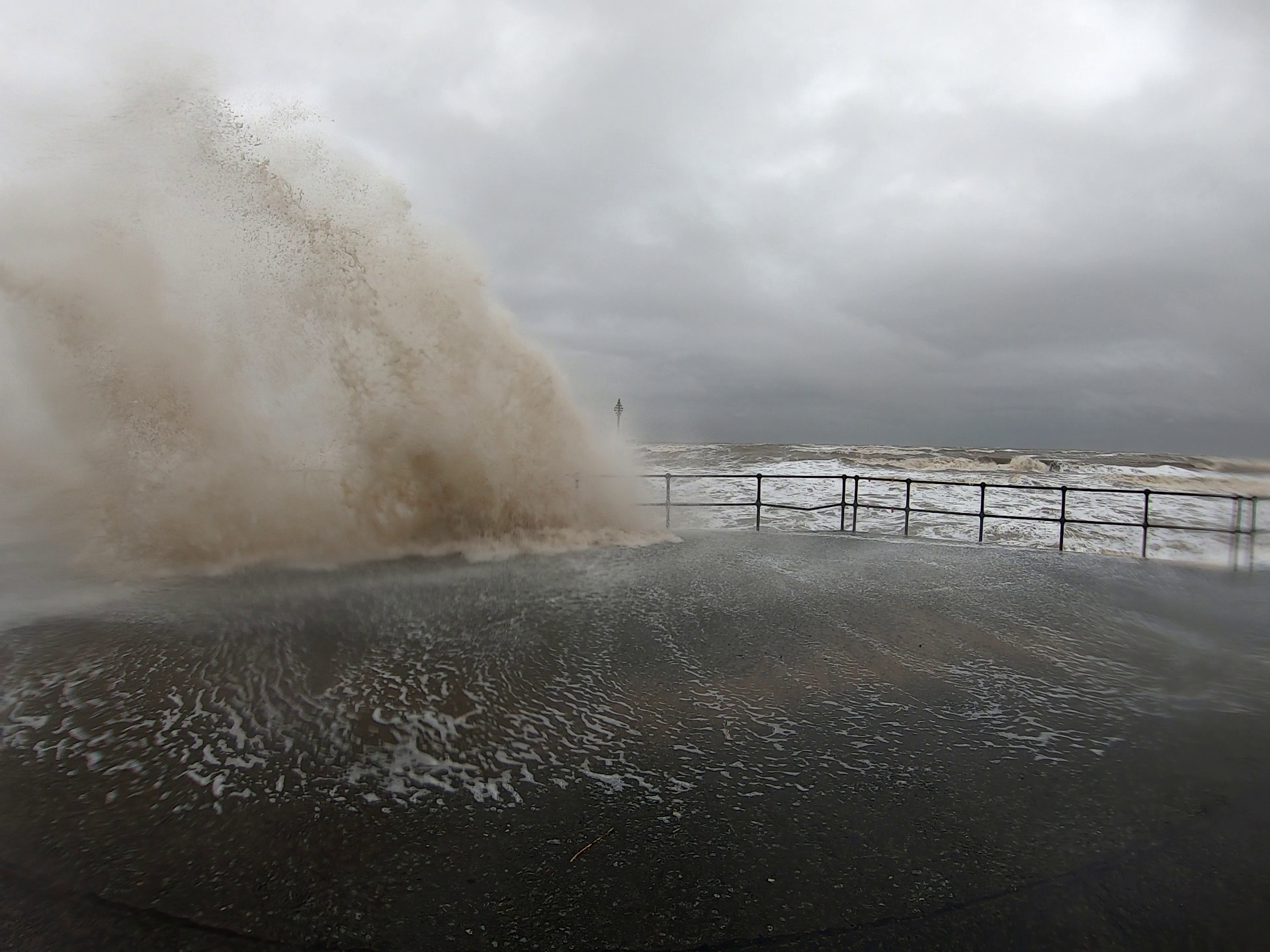 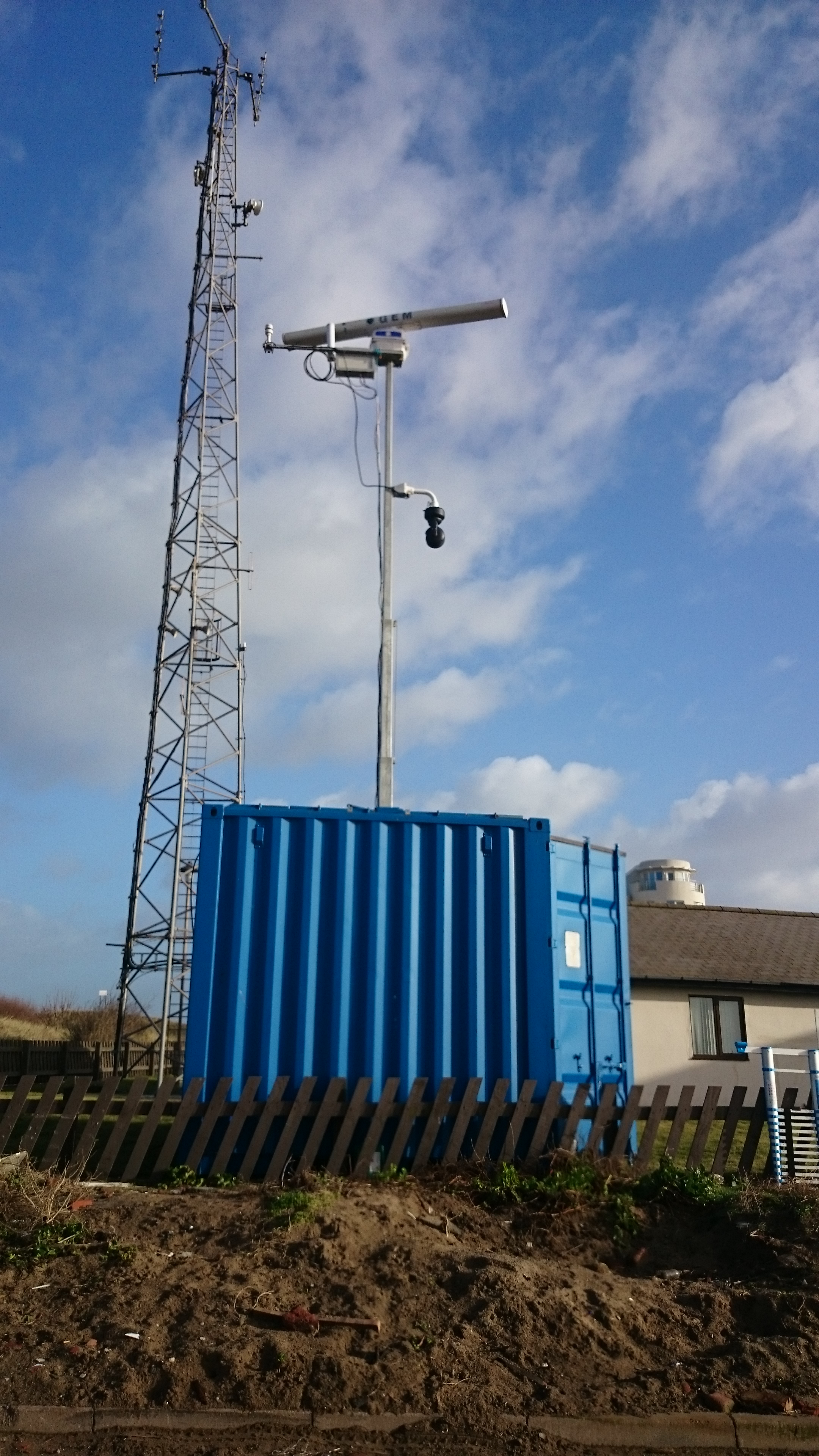 Times are when wind can break a gull’s wing
bomb out channels and surge water the height of a bus.

I repeat, stampede on the remains of war, a torn city
dropped from a great height,

sift through the kitchen sinks, marble fireplaces
to find remnants of where I might belong

in a land that erodes as fast as my fumbling.
I am the storm that turns battering inward

when homes are lost, hurl bricks and plume sea
skyward, to remember I am here, with you, always,

in some force that could stroke a cheek or rip your ear.
Listen. I am here. My utterances fall quiet and distant

the further inland you leave me. But I am somewhere
if not with you. A radar sometimes sweeping the beach

monitoring my tracks, my stealth, my glinting eye.
I am fire in the water, see, here, and here, sparks

waiting to ignite, like the sun each dawn,
juggling starlings on the Irish Sea

on a suggestion of my tower-high wave spray.
I bide my time, flying wet-tongued and dry. 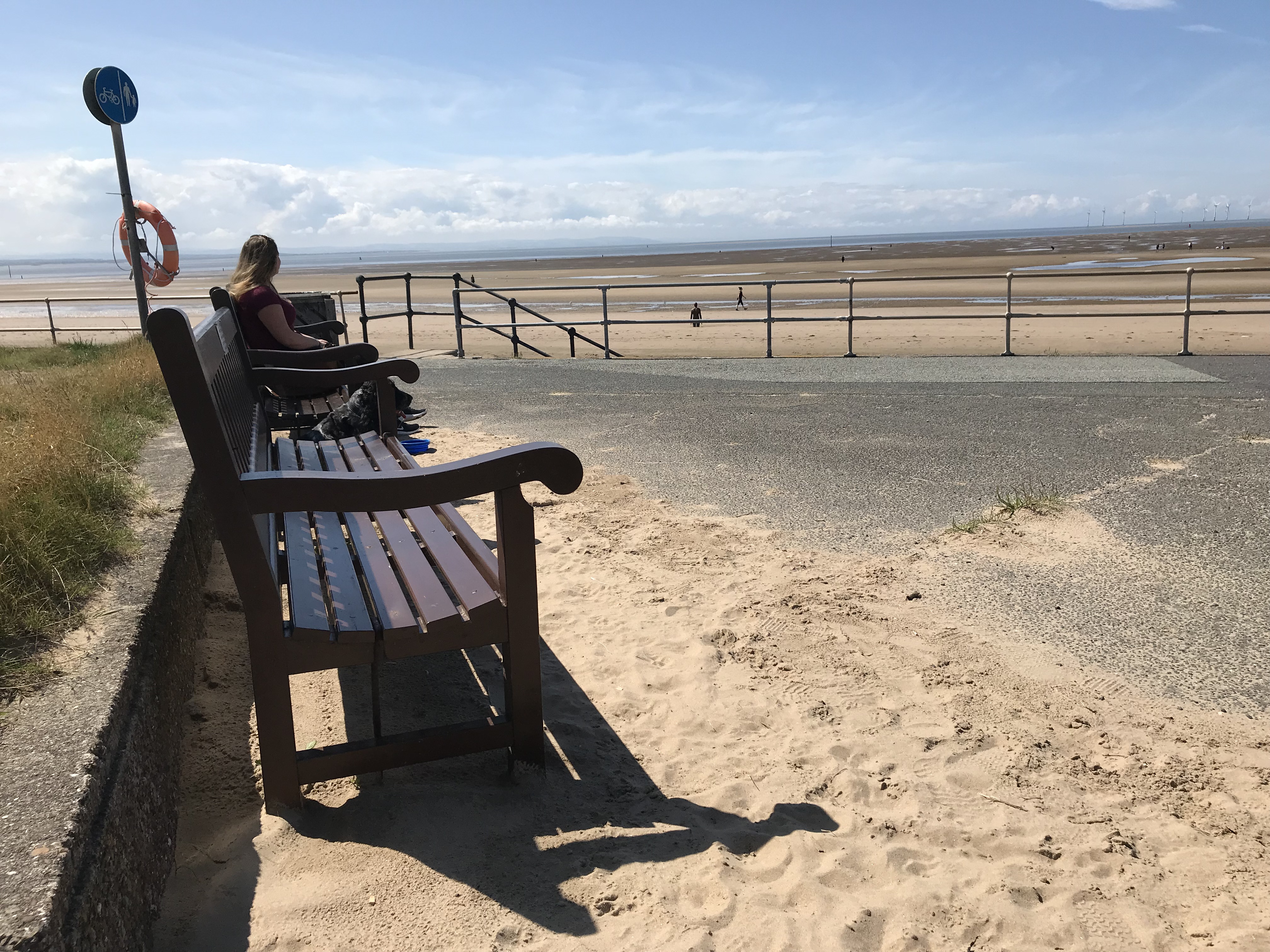 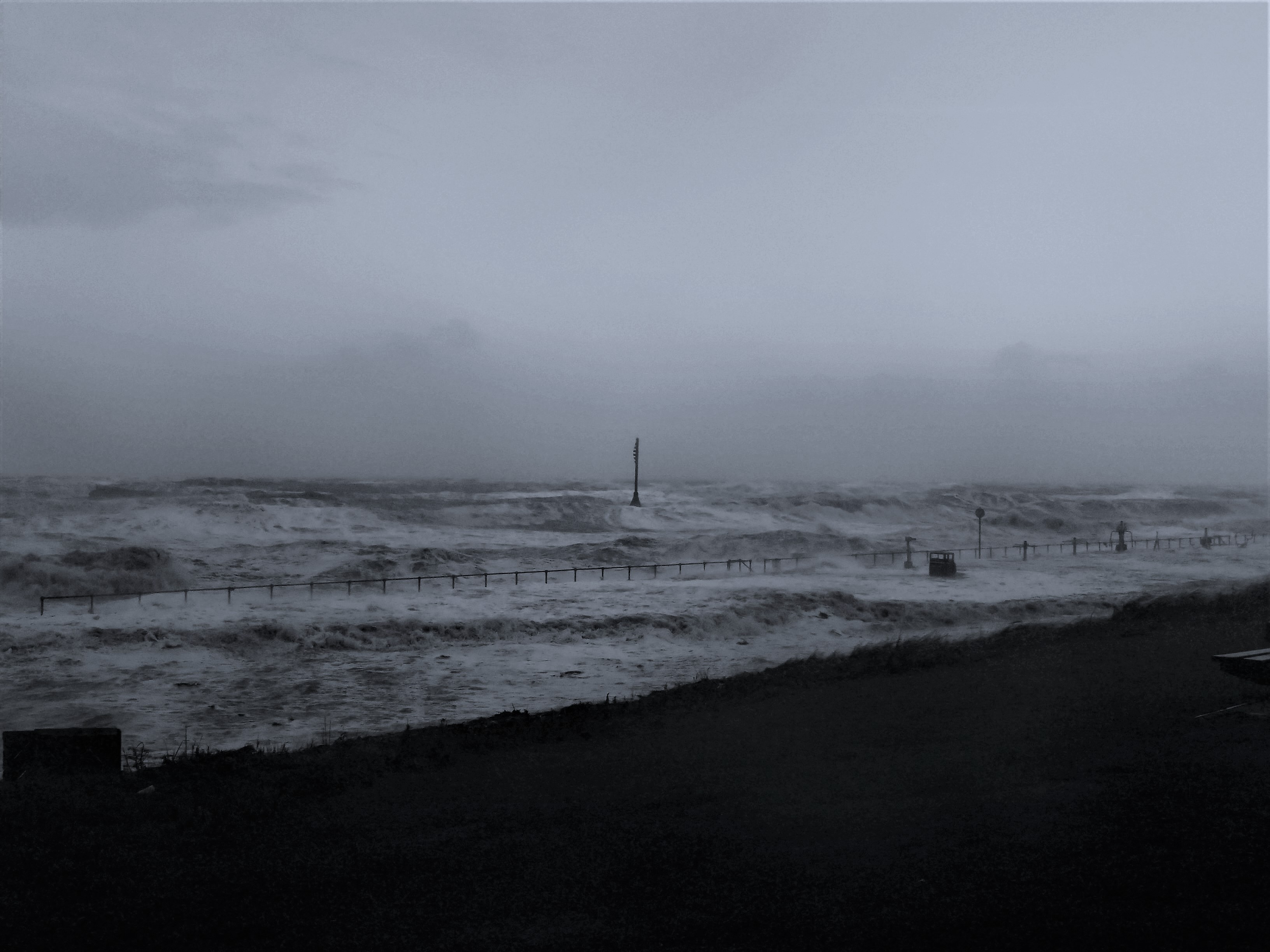 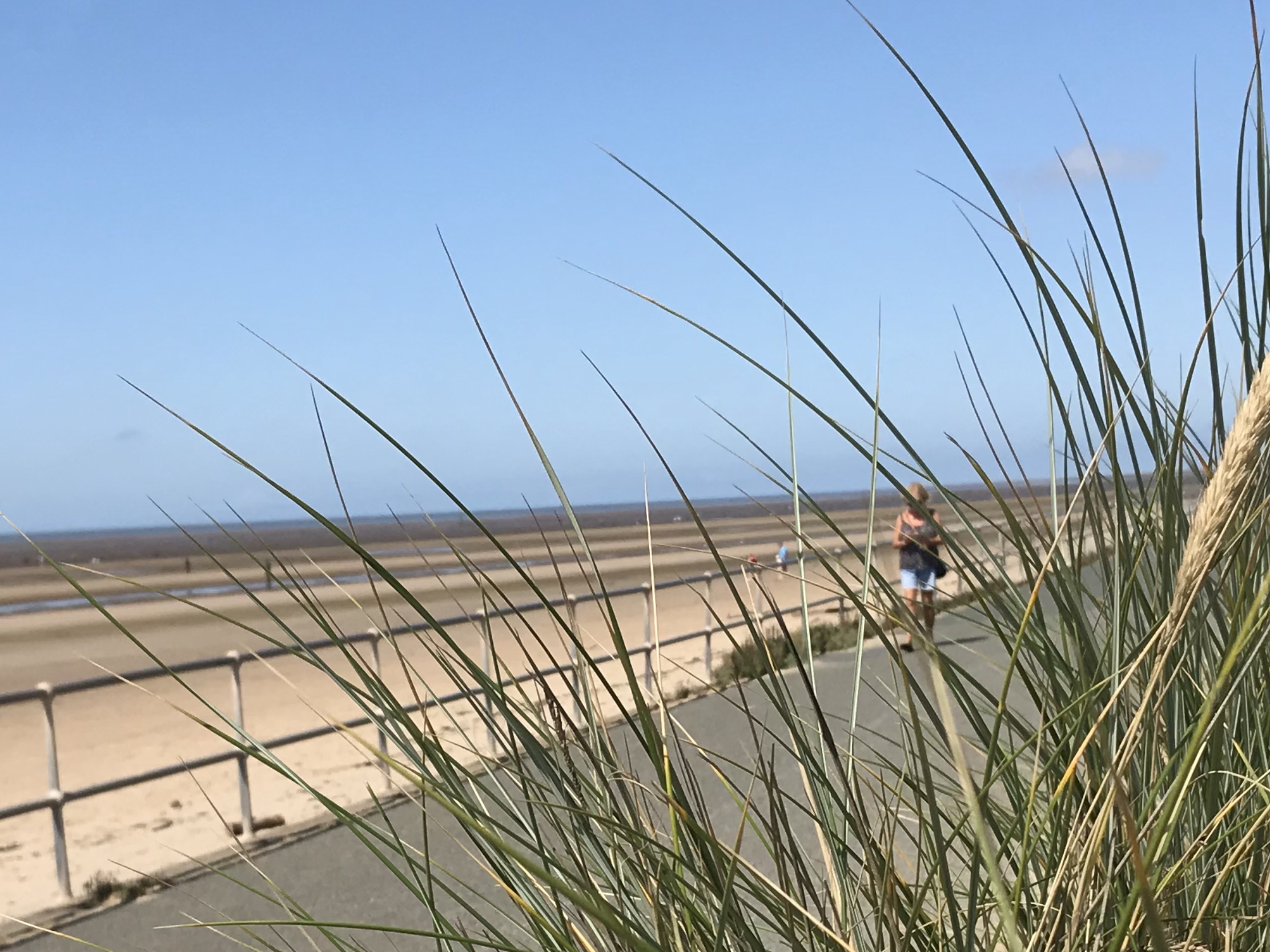 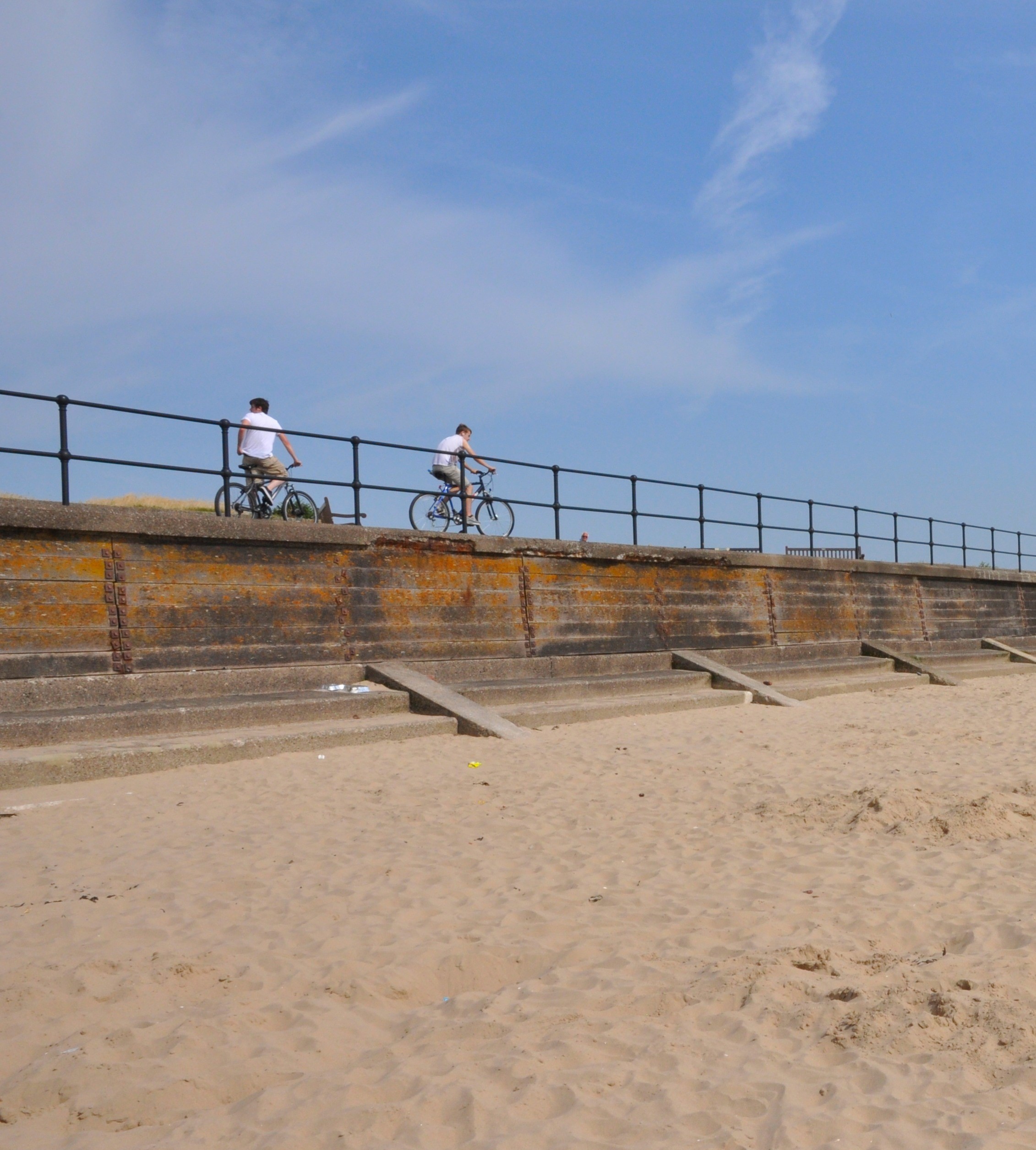 What is not here is somewhere:     wind on a still day
floods when it’s dry, the sun in moonlight, and

those of us who bear the names on these benches.
We echo with those corrugations of sand.

The weight of memory scarcely shuffles the lines
deepening each day, so a passer-by

unfolding as data to the aerial audits. A coarse harmony
with our song carried higher than the lark’s distraction,

higher than the wind’s chorus turned silent
without resistance. Listen ― with the softness of your body

listen ― to the relentless quietness running amok
on the splutter of sealime grass, the dash of vetch

or the plundering root of plantain. Remember us
when you watch the pumping of sand eels by fishermen.

A cacophony of life rising from the grit, ground
from all the years that make this day and tomorrow.

Unseen as the internal tide sluicing from the timbers
within the seawall sighing under your feet. 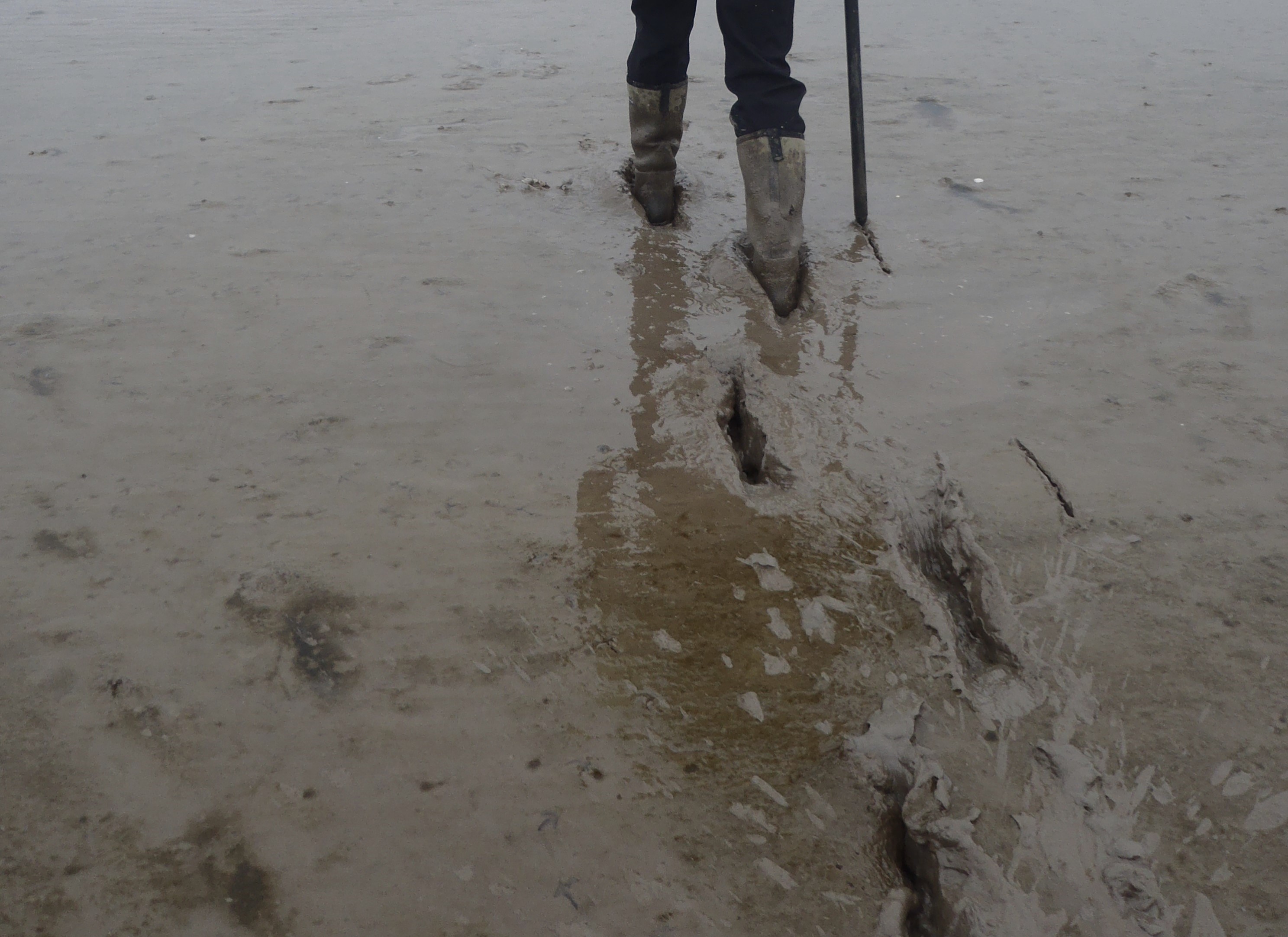 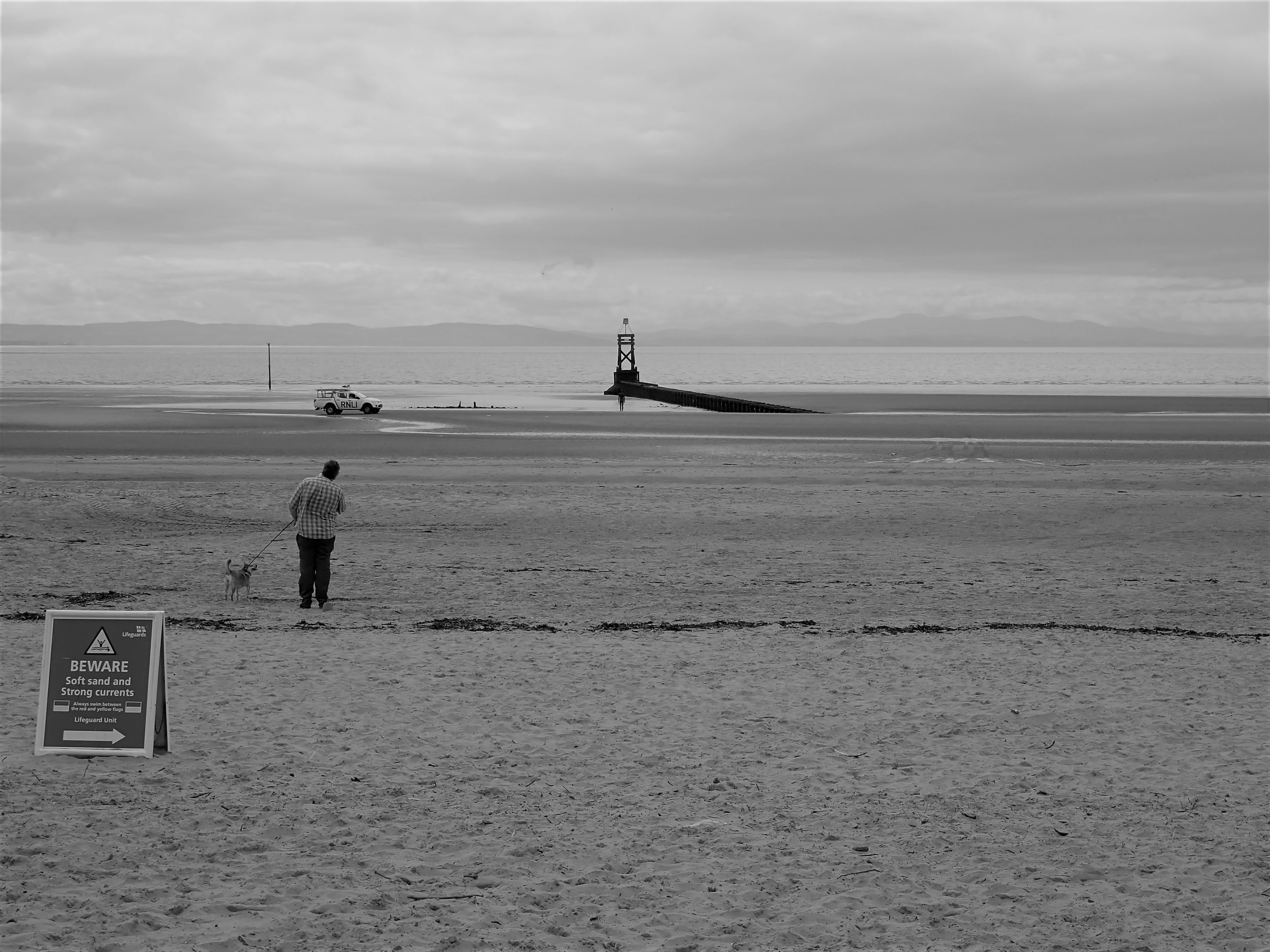 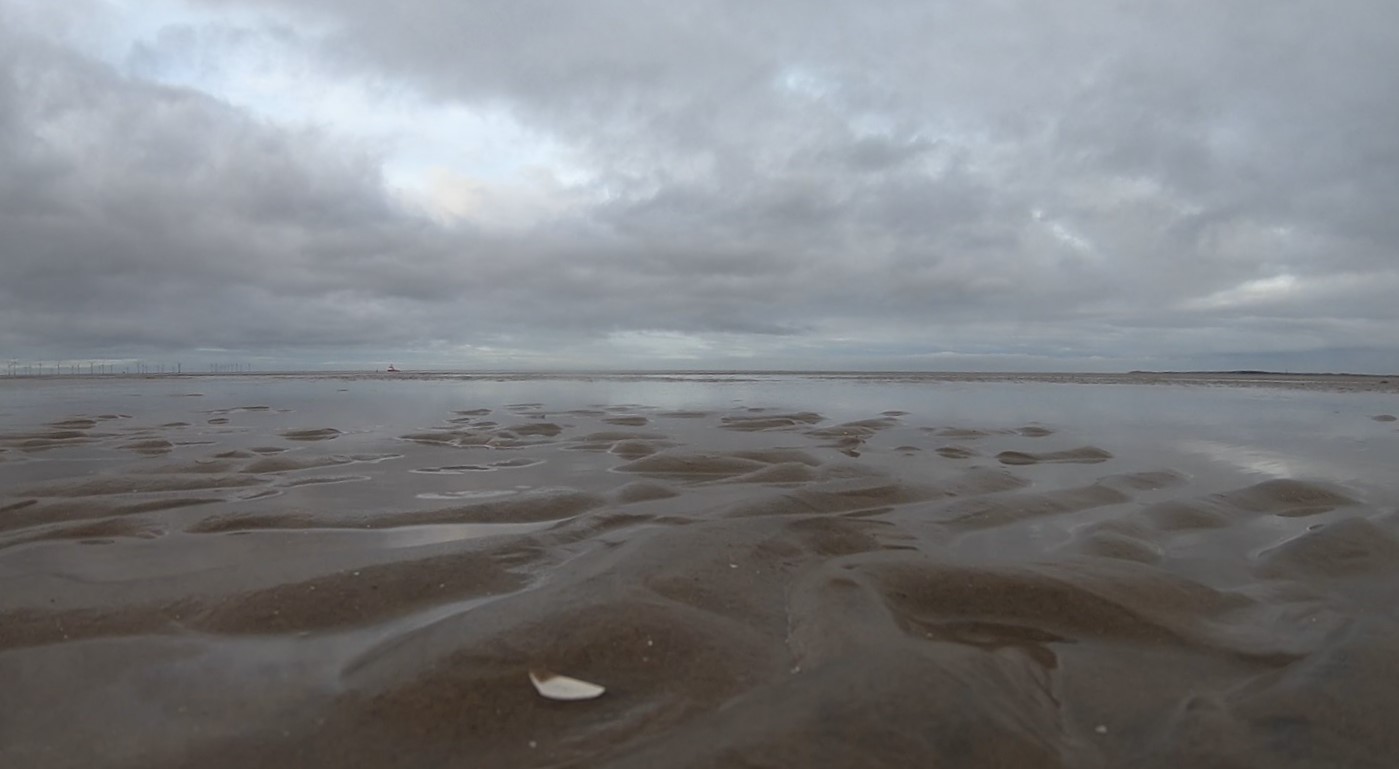 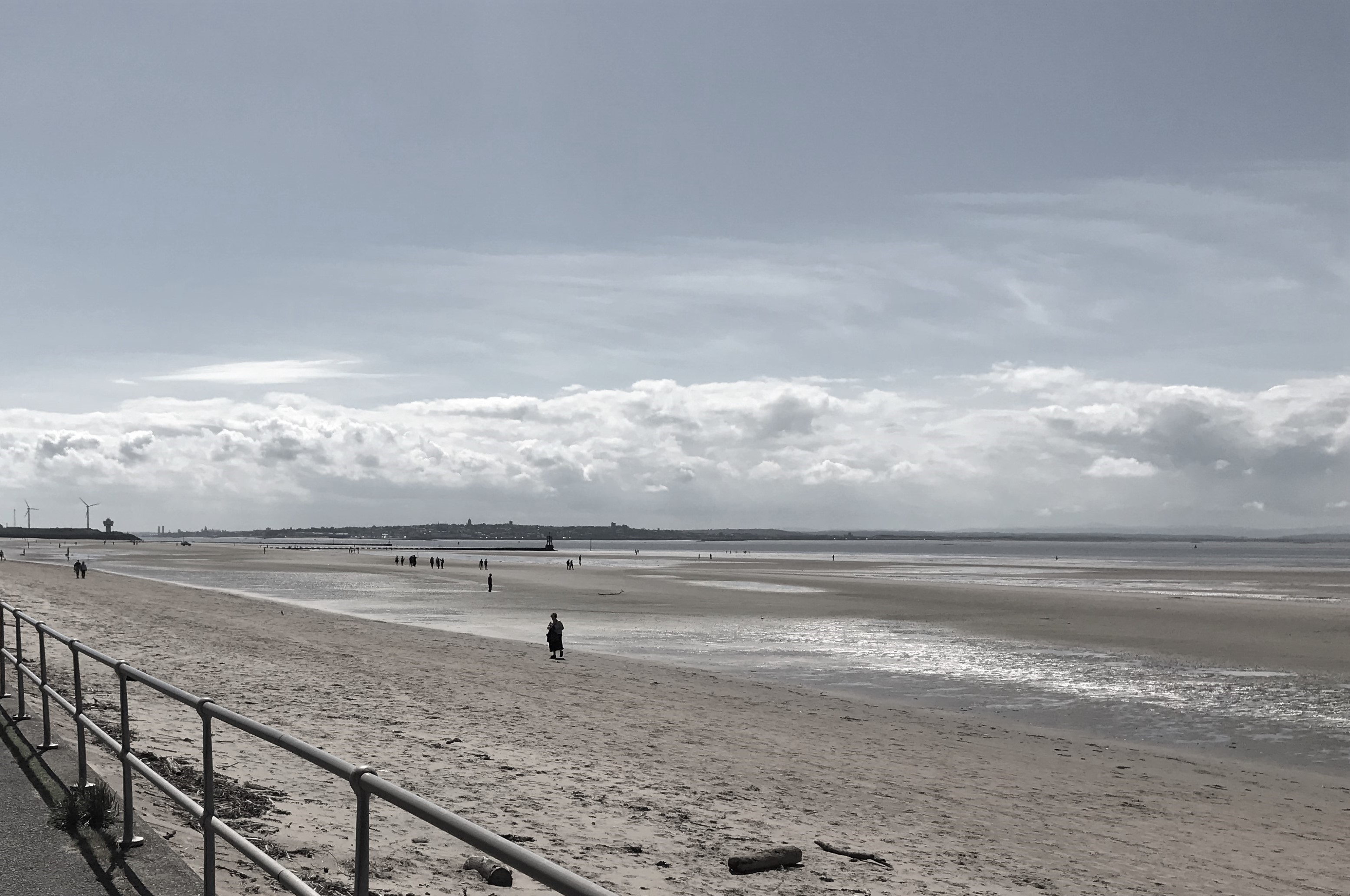 Dark is where I am most animated
where I have all the potential in the world.

I am by turns bewilderness
and fascination. Half land, half sea.

Tremors above and below
in deepening shadows

sometimes evident sometimes not―
my sludge from the ocean floor,

edges flesh thick. I fight your desire to go on
rather than back. I mudflat, I sandflat, I foot trap.

To map my evolving elevation to map my topography.
To map me. Mudflat, sandflat, foot trap.

My body is from many seas. Adrift
on the sediment, with runnels I swing.

How to trust my bathymetric height
when I squirm deeper than can be seen.

How to trust what I say, turning promises to threat,
mutterings to grit in your ear.

by you from away, my earliest memory
lodged in spring wet mud shore mud

Man In The Sand 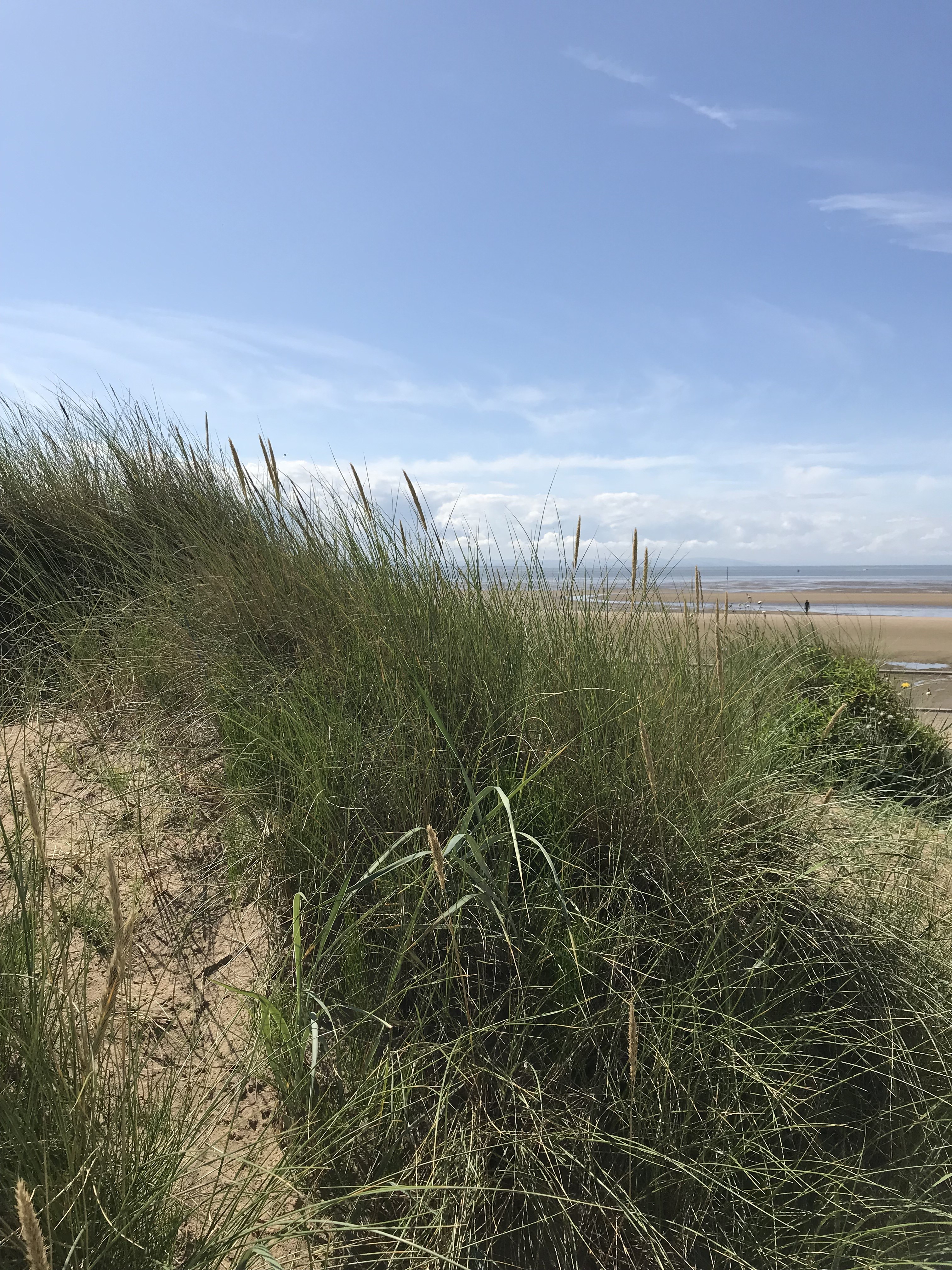 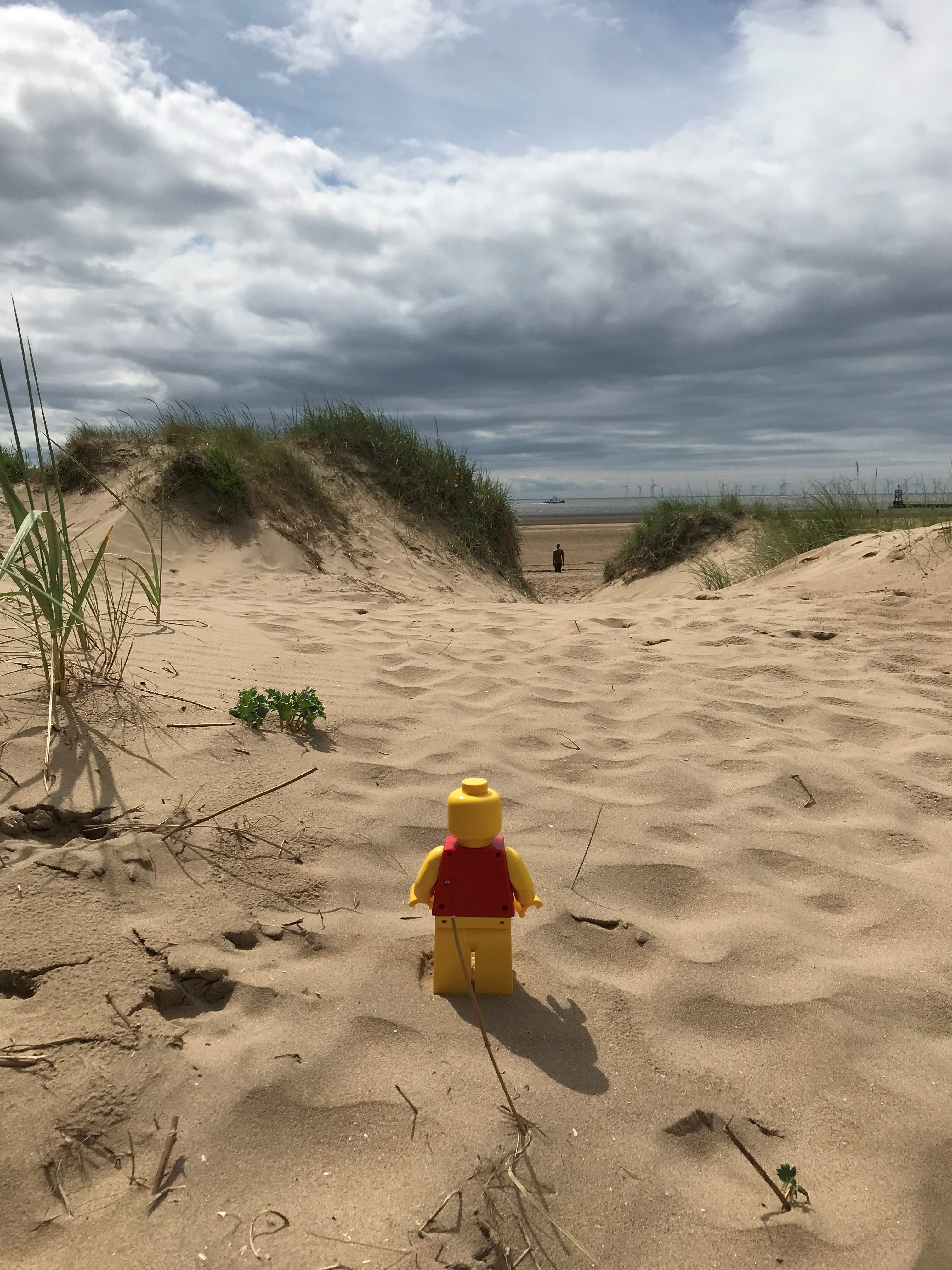 Lego man and Man In The Sand [image] 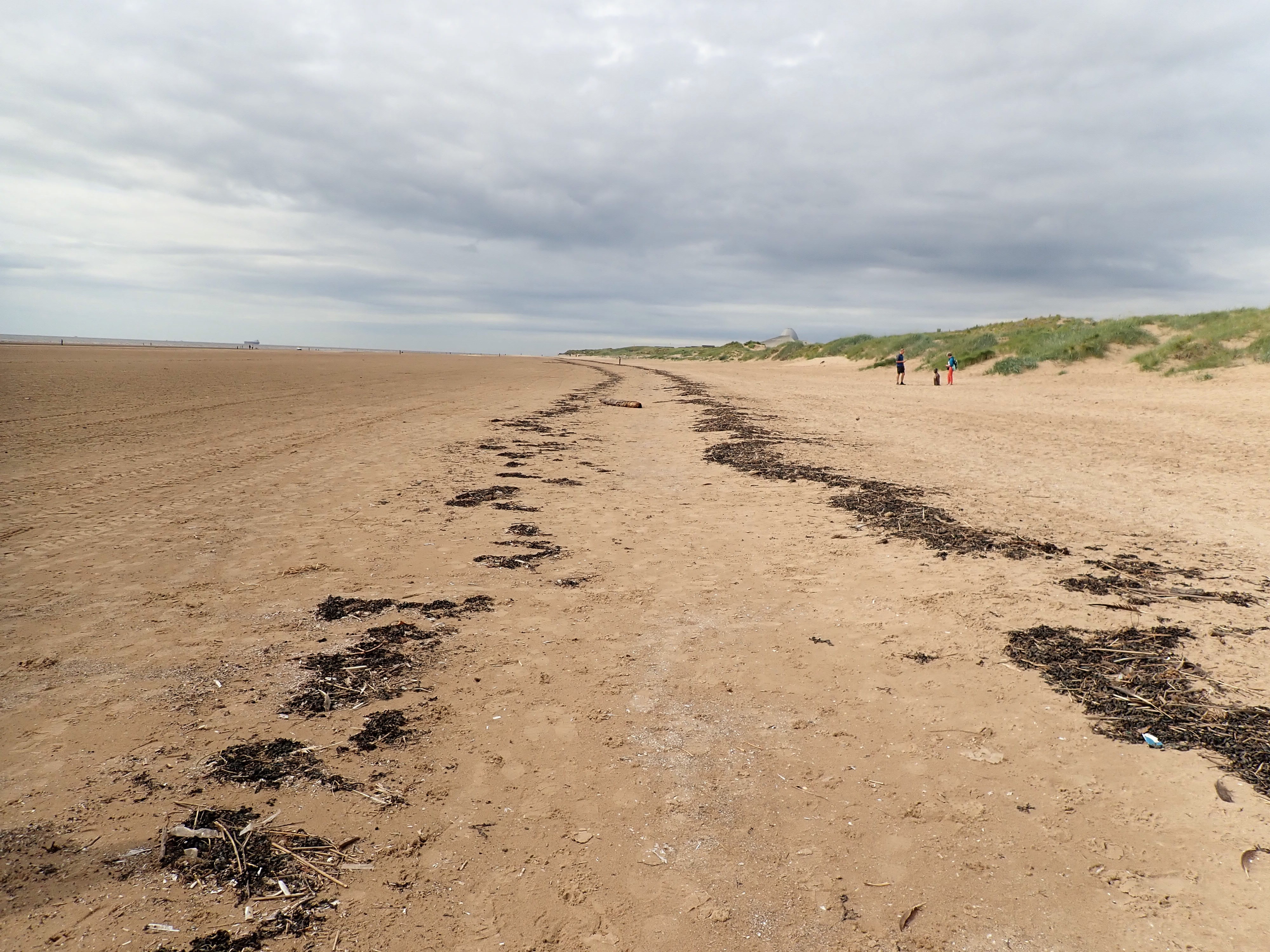 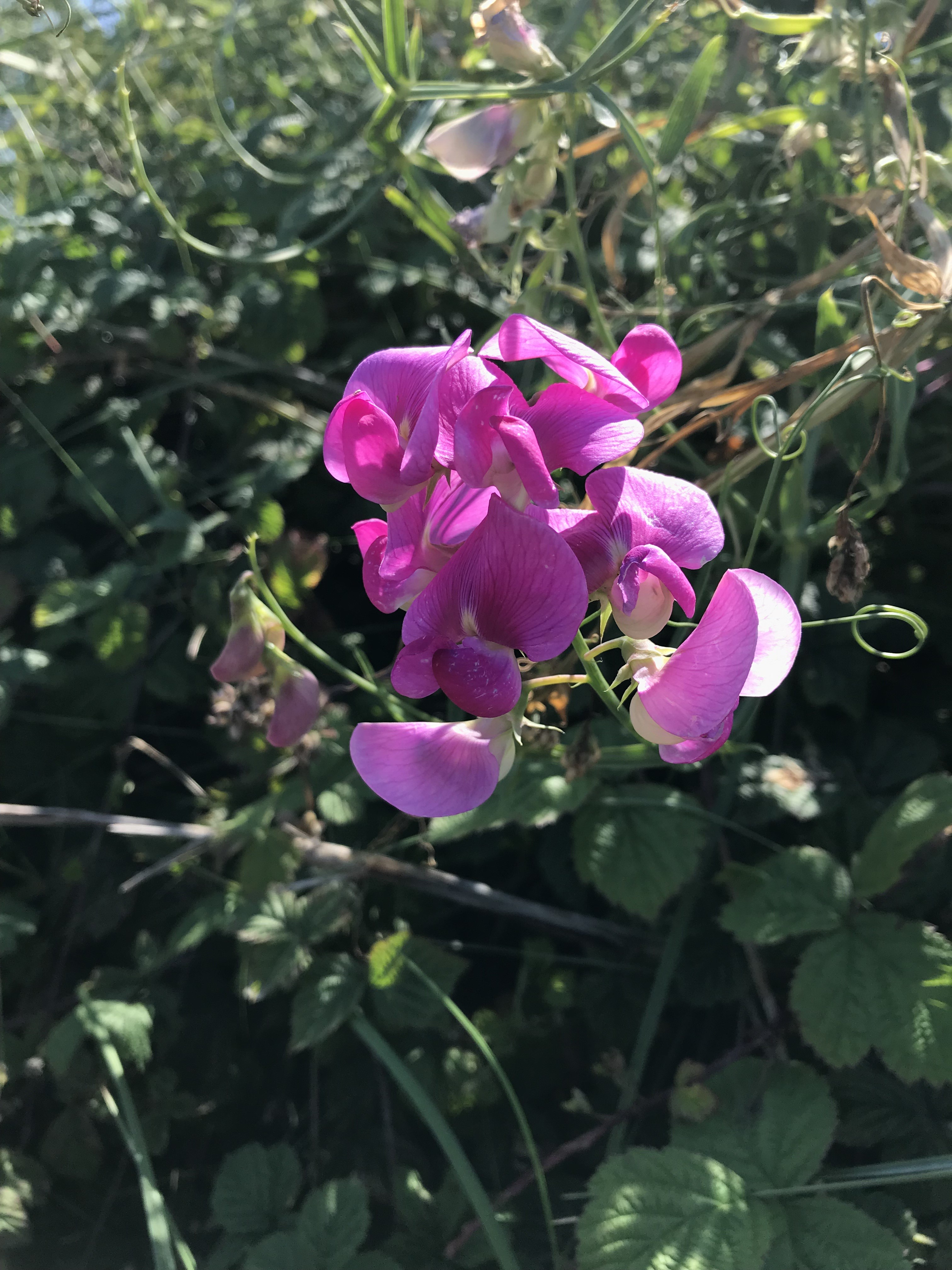 I am what the wind makes of me
in the dunes’ pockets, spider-small under sky.

This chisel of ocean works my face.
Standing still is acrobatic.

Blades of tide, light and shadow
fold my attention

into a passage of waiting
for the irresistible horizon,

swallowing any trace of footsteps
through the forests of marram grass

separating me from solid ground. So far.
Every day holds the prospect of a voyage

of not knowing where
some part of me will scour next.

Particles of iron, of shell, of razor
plastic drift, root and basket,

in a glacial reworking
of where we sink while water rises.

I grow out of mountains thriving
from garden escape, to share

how salt crusts my touch.
I don’t want to harden. Soften with me

as what I say rusts and grinds
the peaks of your sand-blown thoughts.

Helming is holding our bodies
in all this water-rolled shore 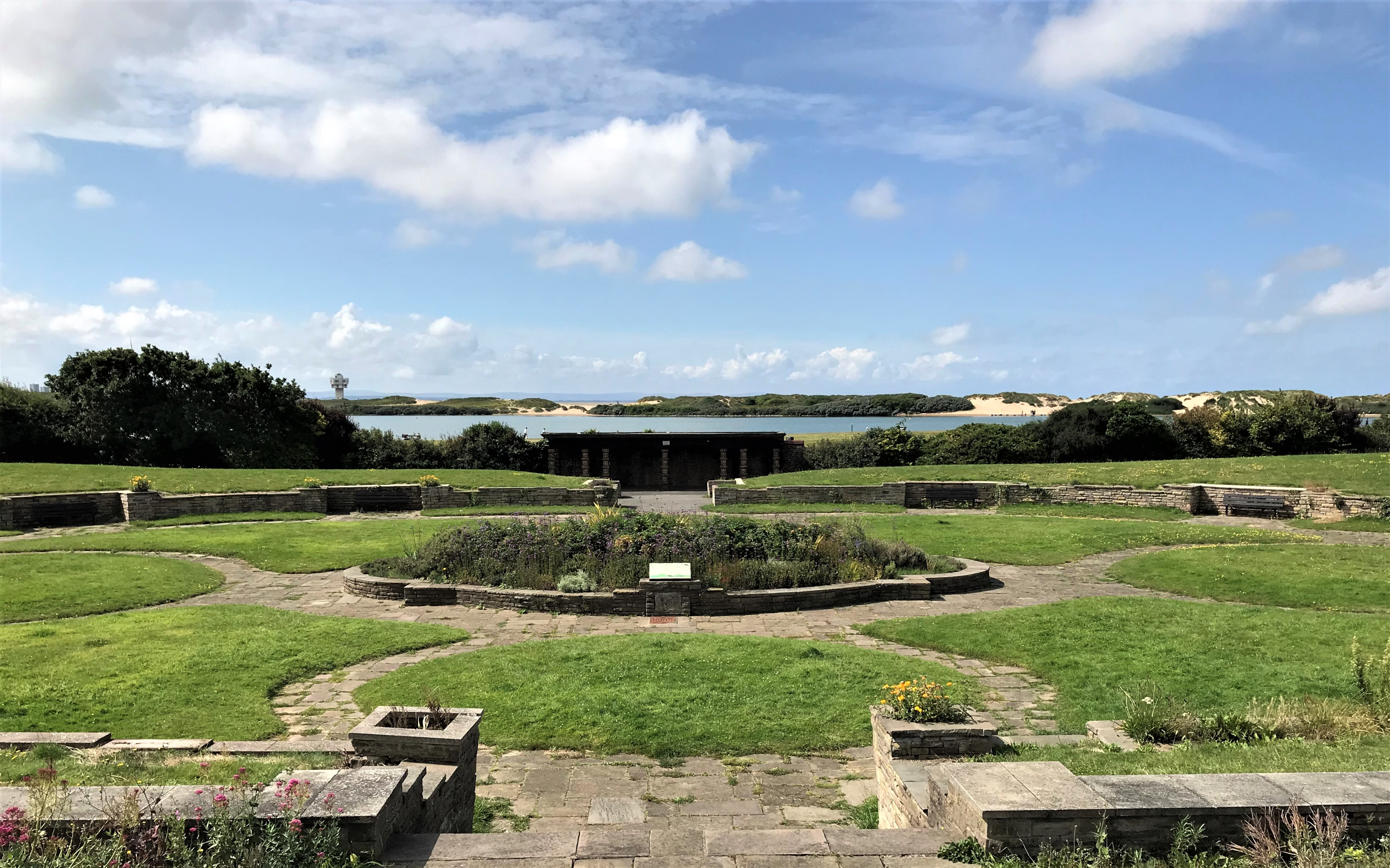 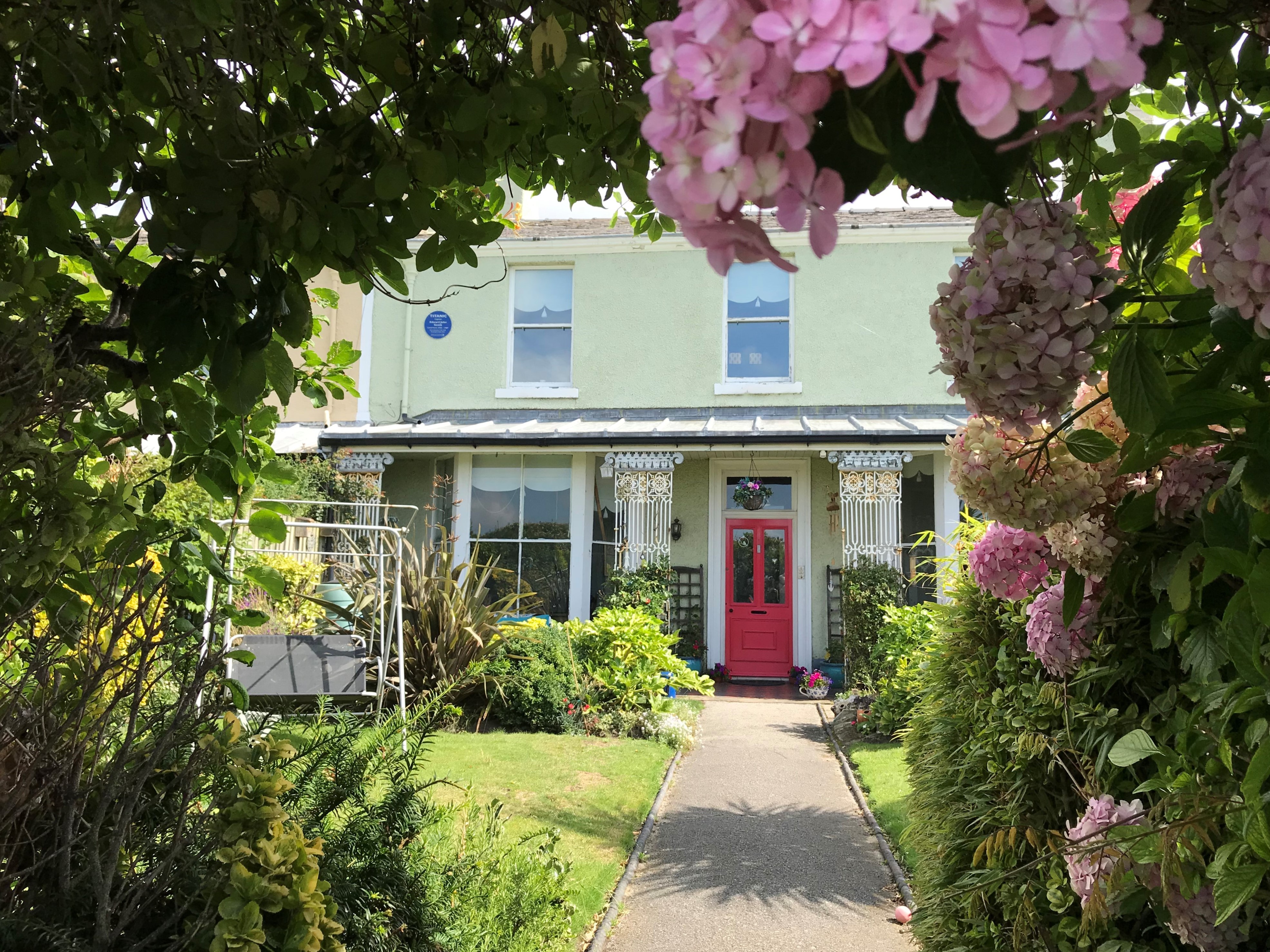 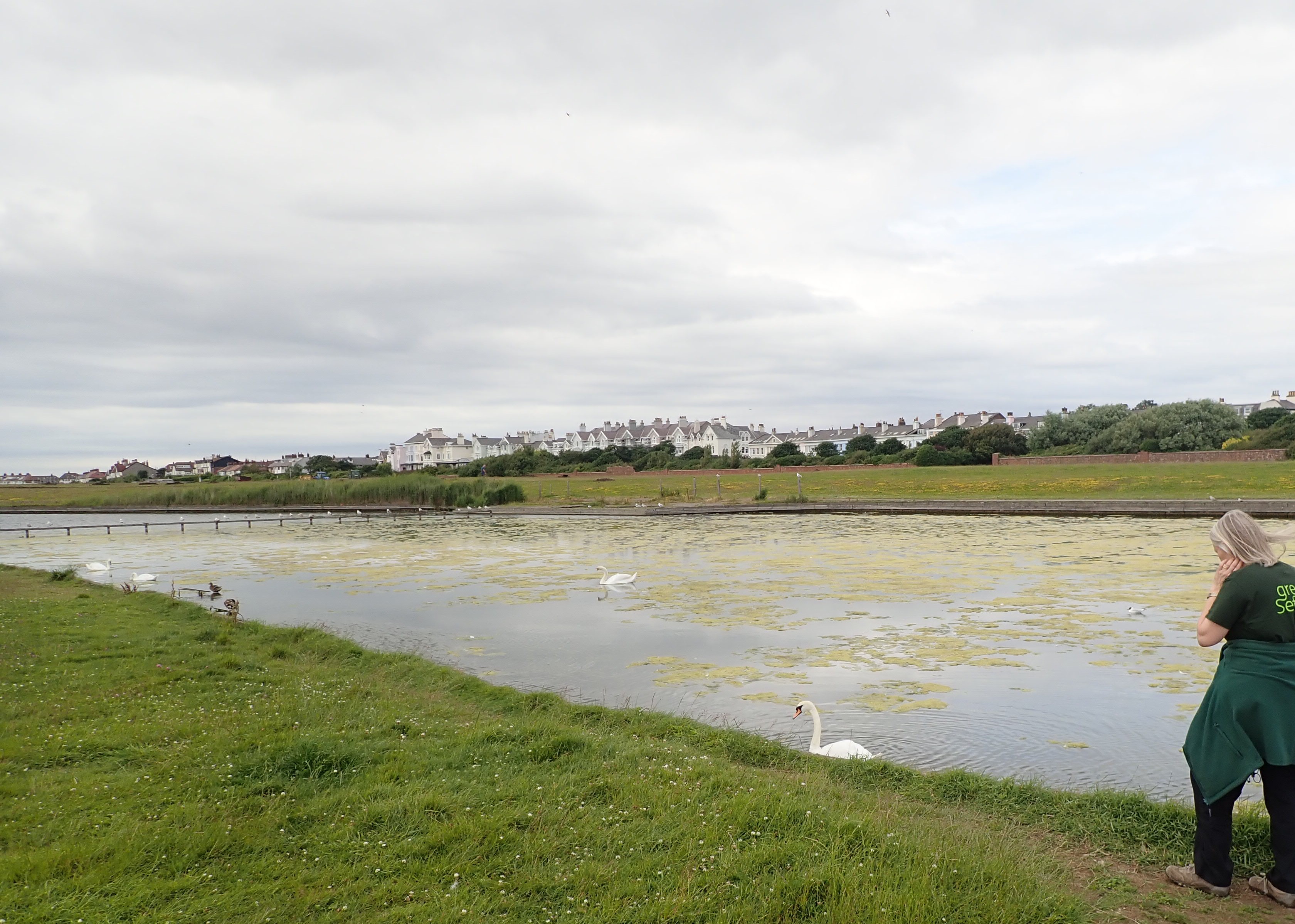 Here I am contained, restless, a testament
to the conviction of industry

to carry the world: load on load
and still keep it waiting on the tide.

Cranes kneel to the force of ocean channelling
into the dock, its excavated clay lying

beneath your feet, holding my sloshing doubt
of whether a beach can be stabilised.

Not so long back it drifted away to be stoppered
by the two brick thick wall of the formal gardens.

The cranes, having dug out the filth and stink
of the past, now praise the sky, in a barely-there angle

as distant as the sun-stars in water―
as those exploding far into our future.

What do I know? Before the dock clay
cradled me I was wind-tears in the eyes

for the fishermen to bring their catches home.
I might hold the prophecy of certain movement

of waders, algal blooms, the skitter of wind
that reveals and hides defences

that twists in a resilient silence. Listening
as you listen, as what I say laps and whispers,

See the wash of my shoreline
how the thinnest ripples leave their mark.

We have brought together science and art to create a narrated coastal walk along Crosby’s shoreline, north of Liverpool UK. This has been developed to raise awareness of shoreline change and coastal hazards. By becoming more aware of changing coastal conditions we hope people will act as advocates in shaping how communities better prepare for future change. Building coastal community resilience: preparedness through poetry funded by AGU Celebrate 100 grants.