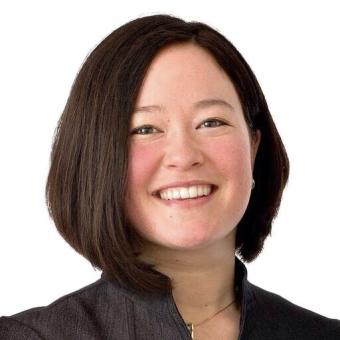 With changes in the northern North Atlantic being linked to the recent heatwave in Europe, the importance of diagnosing and predicting changes in this key region of the ocean is societally significant.

TERIFIC (Targeted Experiment to Reconcile Increased Freshwater fluxes with Increased Convection) is an ambitious five-year project that will use marine robots to investigate how meltwater from Greenland and Arctic ice is changing ‘deep water formation’ in the North Atlantic.

This prestigious €2 million European Research Council (ERC) grant was awarded to Dr Eleanor Frajka-Williams, a Principal Research Scientist at the NOC. She explained, “Deep water formation is a key part of the meridional overturning circulation and numerical models tell us that when you shut it down, the global ocean circulation responds by slowing. However, even though Greenland has been melting at accelerating rates, we have seen an increase in convection in the past couple of years. TERIFIC will zoom in to get a detailed look at the processes occurring during this spread of freshwater and deep water formation.”

Developing a better understanding of how and on what timescales the ocean responds to freshwater inputs will improve our ability to make predictions about ocean circulation change in the coming decade, and the potential impacts on the climate of northwest Europe. 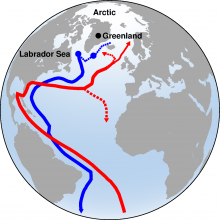 Dr Frajka-Williams and her team at the NOC will use a combination of different marine robots including submarine gliders, an unmanned surface vehicle and mini surface drifters, to document the pathways that freshwater takes from Greenland ice melt to areas of deep water formation in the North Atlantic.

Professor Angela Hatton, NOC Director of Science and Technology, commented, “This prestigious grant award is recognition both of Eleanor’s standing as a world-class scientist, but also of the high scientific and societal importance of the NOC’s research into the changing North Atlantic Ocean. The TERIFIC project will allow Eleanor to build a research team, undertake pioneering fieldwork, and become a leading role model for women in STEM.”

Further details on the TERIFIC project is available on the NOC project page.

For more information on the 2018 ERC Starting Grants visit their website.