The role of the Atlantic Ocean in the 2018 UK heatwave 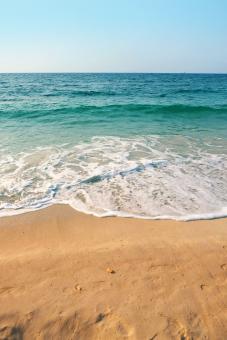 The current heatwave affecting UK and much of Northwest Europe may have its origins in the Atlantic Ocean, according to research undertaken by scientists from the National Oceanography Centre (NOC) and the University of Southampton. This finding may be an important factor for the prediction of summer heatwaves over Europe, since it suggests the Atlantic Ocean could have a role as a precursor.

Commenting on the current summer 2018 heatwave, NOC scientist Bablu Sinha said “The current run of very hot, dry weather is both interesting and unusual. The last comparable summer in the UK was in 1976. NOC scientists have already established a link between extreme European summers and cooler than average spring sea-surface temperatures in the subpolar North Atlantic. The current heatwave certainly seems to fit that pattern, as Atlantic sea surface temperatures have been lower than normal by up to 2℃, according to satellite remote sensing images taken by the US National Oceanic and Atmospheric Administration (NOAA). However, we need to be careful not to jump to conclusions as there are other possible contributing factors and more work is needed to establish the causes.

In terms of the bigger picture, climate models predict that extreme heatwaves will become more frequent as the world warms up and the rate of global warming appears to be rising fast after a decade of relatively slow increases. Both observations and climate models suggest that we have a much higher chance of experiencing such extreme heat waves in the 21st century than was the case in the last century.”

The lead authors of the paper that uncovered the link between Atlantic sea surface temperatures and European heatwaves, Drs Aurélie Duchez and Joël Hirschi from the NOC, said “Our study suggests the forecast of European heat waves can potentially be improved by looking out for early warning signs in the ocean.”

The North Atlantic and Europe experienced two contrasting weather events during the summer of 2015: while record cold surface ocean temperature anomalies were observed in the Northeast Atlantic, large parts of Central and Western Europe were affected by an extreme heatwave.

This study, published in Environmental Research Letters, found that these anomalously cold Atlantic conditions preceded the European summer heatwave. Extreme heat loss from the ocean to the atmosphere during the winters 2013-14 and 2014-15 led to the Northeast Atlantic cooling by by 1-2℃ below the normal spring temperature. Importantly, this cold anomaly extended to 700 m below the surface of the ocean.

The results of this research show that the cold anomaly coincided with the development of a warm ocean temperature anomaly further south, in the Atlantic off the Iberian Peninsula and Morocco. By early June 2015, both the warm and cold anomalies over the North Atlantic became most pronounced. In the second half of June the atmosphere adopted a circulation pattern that led to the development of the European heatwave. In particular, the Jet Stream shifted southwards over the North Atlantic, closely following the warm and cold anomalies that had previously developed, and leading to hot, settled high-pressure conditions becoming established over Northwest Europe.

This link is not unique to 2015, indeed, all major heatwaves that have affected Central and Western Europe since 1980 were preceded by anomalously cold May temperatures in the Northeast Atlantic. This suggests that there may be an oceanic precursor to Central and Western European heat waves, and may help us better predict and mitigate the effects of future heatwaves.

This research forms part of the NOC’s ongoing work into better understanding the link between oceans and climate, and was funded by the AXA research fund, the NERC funded projects ODYSEA and DYNAMOC, the Newton Fund CSSP China project DYVA, and a Leverhulme Research Fellowship.

Watch a video of Dr bablu Sinha talking about this heatwave, follow this link  https://youtu.be/Gr88tpTJHo4