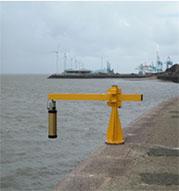 Scientists have developed a new method for revealing how sea levels might rise around the world throughout the 21st century to address the controversial topic of whether the rate of sea level rise is currently increasing.

Lead author Dr Ivan Haigh, Lecturer in Coastal Oceanography at the University of Southampton, says “Our results show that by 2020 to 2030, we could have some statistical certainty of what the sea level rise situation will look like for the end of the century. That means we’ll know what to expect and have 70 years to plan. In a subject that has so much uncertainty, this gives us the gift of long-term planning.

“As cities, including London, continue to plan for long-term solutions to sea level rise, we will be in a position to better predict the long-term situation for the UK capital and other coastal areas across the planet. Scientists should continue to update the analysis every 5 to 10 years, creating more certainty in long-term planning – and helping develop solutions for a changing planet.”

The study found that the most important approach to the earliest possible detection of a significant sea level acceleration lies in improved understanding (and subsequent removal) of interannual (occurring between years, or from one year to the next) to multidecadal (involving multiple decades) variability in sea level records.

“The measured sea levels reflect a variety of processes operating at different time scales,” says co-author Dr Francisco Calafat, from the National Oceanography Centre. He adds, “One of the main difficulties in detecting sea level accelerations is the presence of decadal and multi-decadal variations. For example, processes associated with the North Atlantic Oscillation have a strong influence on the sea levels around the UK over multi-decadal periods. Such processes introduce a large amount of ‘noise’ into the record, masking any underlying acceleration in the rate of rise. Our study shows, that by adequately understanding these processes and removing their influence, we can detect accelerations much earlier.”

Co-author Professor Eelco Rohling, from the Australian National University and formerly of the University of Southampton, adds “By developing a novel method that realistically approximates future sea level rise, we have been able to add new insight to the debate and show that there is substantial evidence for a significant recent acceleration in the sea level rise on a global and regional level. However, due to the large ‘noise’ signals at some local coastal sites, it won’t be until later this decade or early next decade before the accelerations in sea level are detection at these individual tide gauge sites.”

The findings of the study, funded by the Natural Environmental Research Council (iGlass consortium), are published in this months issue of the journal Nature Communications.