Human impacts on the marine ecosystems of Antarctica 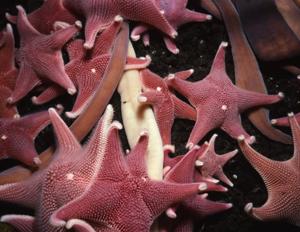 Although Antarctica is still the most pristine environment on Earth, its marine ecosystems are being degraded through the introduction of alien species, pollution, overfishing, and a mix of other human activities.

A team of scientists in the United Kingdom and the United States has warned that the  native fauna and unique ecology of the Southern Ocean, the vast body of water that surrounds the Antarctic continent, is under threat from human activity. Their study is published this week in the peer-reviewed journal Annals of the New York Academy of Sciences.

“Although Antarctica is still the most pristine environment on Earth, its marine ecosystems are being degraded through the introduction of alien species, pollution, overfishing, and a mix of other human activities,” said team member Dr Sven Thatje of the University of Southampton’s School of Ocean and Earth Science (SOES) based at the UK’s National Oceanography Centre.

Biodiversity can be conceptualised in terms of its information content: the greater the diversity of species and interactions between them, the more ‘information’ the ecosystem has. “By damaging the ecological fabric of Antarctica, we are effectively dumbing it down – decreasing its information content – and endangering its uniqueness and resilience,” said lead author Professor Richard Aronson, a paleoecologist at the Florida Institute of Technology, USA.

The team’s conclusions are based on an extensive review of the impacts of a wide range of human activities on the ecosystems of Antarctica. The Antarctic Treaty system, which includes environmental and fisheries management, provides an effective framework for the management and protection of the continent, but some of the threats are not currently being fully addressed.

Some of these impacts, such as pollution, can be relatively localised. However, global climate change caused by human emissions of carbon dioxide and other greenhouse gases has the potential to affect the entire Antarctic region for decades to come.

The researchers point out that rising sea temperatures are already affecting marine creatures adapted to living within a particular temperature range.

A second major consequence of carbon dioxide emission from human activities – ocean acidification – is also likely to take its toll. “The Southern Ocean is the canary in the coal mine with respect to ocean acidification. This vulnerability is caused by a combination of ocean mixing patterns and low temperature enhancing the solubility of carbon dioxide,” noted co-author Dr James McClintock of the University of Alabama at Birmingham, USA.

“Simultaneous action at local, regional and global scales is needed if we are to halt the damage being done to the marine ecosystems of the Southern Ocean,” urged Dr Aronson.

The researchers have identified a range of historical and ongoing human activities that have damaged or restructured food webs in the Southern Ocean over recent decades. At the local to regional scale, these include –

Antarctica has great, untapped natural resources. The Antarctic Treaty currently prohibits the extraction of oil and other mineral resources from Antarctica. The researchers note, however, that many major areas of the Southern Ocean fall outside the Antarctic Treaty region and could be claimed by nations as valuable ‘real estate’ for the future.

Although the Antarctic Treaty and other conventions have measures aimed at reducing the local- and regional-scale impacts of human activity on Antarctica and the Southern Ocean, they cannot address global-scale threats. Among these threats, the researchers highlight the following –

“It is clear that multiple causal factors are damaging the health of marine systems in Antarctica; we need to understand the relative importance of these factors and how they interact.” concluded Dr Thatje.

The research was supported by the US National Science Foundation, the Total Foundation (Abyss2100) and the Royal Society.