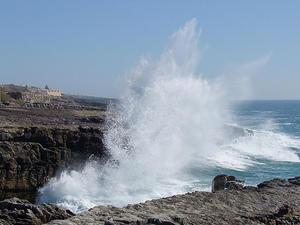 Southampton researchers have estimated that sea-level rose by an average of about 1 metre per century at the end of the last Ice Age, interrupted by rapid ‘jumps’ during which it rose by up to 2.5 metres per century.

The findings, published in Global and Planetary Change, will help unravel the responses of ocean circulation and climate to large inputs of ice-sheet meltwater to the world ocean.

Global sea level rose by a total of more than 120 metres as the vast ice sheets of the last Ice Age melted back. This melt-back lasted from about 19,000 to about 6,000 years ago, meaning that the average rate of sea-level rise was roughly 1 metre per century.

Previous studies of sea-level change at individual locations have suggested that the gradual rise may have been marked by abrupt ‘jumps’ of sea-level rise at rates that approached 5 metres per century. These estimates were based on analyses of the distribution of fossil corals around Barbados and coastal drowning along the Sunda Shelf, an extension of the continental shelf of East Asia.

However, uncertainties in fossil dating, scarcity of sea-level markers, and the specific characteristics of individual sites can make it difficult to reconstruct global sea level with a high degree of confidence using evidence from any one site.

“Rather than relying on individual sites that may not be representative, we have compared large amounts of data from many different sites, taking into account all potential sources of uncertainty,” said Professor Eelco Rohling of the University of Southampton’s School of Ocean and Earth Science (SOES) based at the National Oceanography Centre (NOC) in Southampton.

The researchers brought together about 400 high-quality sea-level markers from study sites around the globe, concentrating on locations far removed from the distorting effects of the past massive ice sheets.

Using an extensive series of sophisticated statistical tests, they then reconstructed sea-level history of the last 21 thousand years with a high degree of statistical confidence.

The first of these jumps in the amount of ice-sheet meltwater entering the world ocean coincides with the beginning of a period of global climate warming called the Bølling-Allerød period. The second jump appears to have happened shortly after the end the ‘big freeze’ called the Younger Dryas that brought the Bølling-Allerød period to an abrupt end.

“Our estimates of rates of sea-level rise are lower than those estimated from individual study sites, but they are statistically robust and therefore greatly improve our understanding of loss of ice volume due to the melting of the ice sheets at the end of the last Ice Age,” said lead author Dr Jennifer Stanford of SOES.

“The new findings will be used to refine models of the Earth climate system, and will thus help to improve forecasts of future sea-level responses to global climate change,” added Rohling.

The research was supported by the United Kingdom’s Natural Environment Research Council.