Women in Oceanography: a decade later 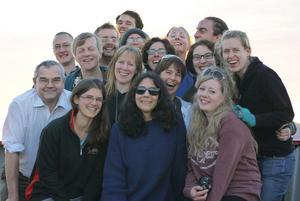 The biographies of several prominent NOC scientists have featured in the ‘Women in Oceanography: a decade later’ special issue of The Oceanography Society magazine.

Dr Stephanie Henson, Dr Penny Holliday and Dr Margaret Yelland, all based at the National Oceanography Centre (NOC), and Professor Rachel Mills and Dr Eleanor Frajka-Williams from the University of Southampton, are amongst the two hundred female oceanographers from around the globe who have contributed autobiographies to this issue.

Through tracing the career trajectories of these female scientists, the autobiographical sketches offer a perspective on the progress made towards achieving gender equality in oceanography in the decade since the last ‘Women in Oceanography’ special issue. The sketches also offer advice, as well as providing a wonderful insight into what oceanographers do.

The autobiographies show that, in terms of demographics, a great deal of progress has been made since the last issue: much higher numbers of women are attending conferences, working on ships and graduating with PhDs in oceanography.

Penny Holliday describes how in 1993 she was one of only two women out of a team of twenty five scientists on board her first cruise. She compared this to the fifty-fifty spilt on her most recent cruise, in 2014.

Margret Yelland also writes about the change she has seen since she began work, twenty five years ago. In the early 1990's she was told that she could not possibly go on a short sea trial, which she was leading, because the vessel “had no facilities for women” (it was not a NERC ship). The facilities for her male colleagues turned out to be sleeping bags under the mess table. However, with the support of her colleagues she went on the trial and slept under the table alongside them.

This “Women in Oceanography: A Decade Later” compendium demonstrates that some issues that women faced a decade ago persist. For example: men still outnumber women in senior positions, despite there being high numbers of women entering the field over the past decade. Rachel Mills and Eleanor Frajka-Williams both recommend mentoring as a means of supporting women. 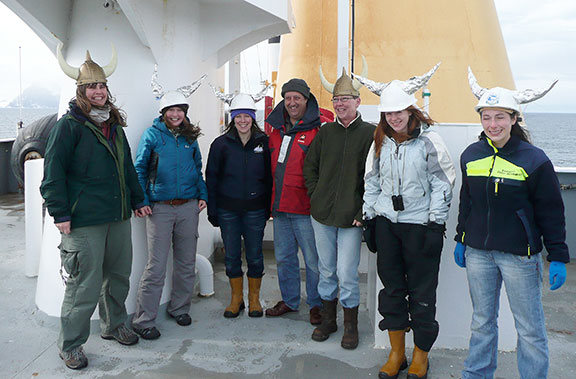 The NOC has signed up to the Athena SWAN charter and its commitment to addressing the under-representation of women in science, technology and engineering within Higher Education and Research.  The centre’s Athena SWAN Action Plan includes re-establishing a NOC mentoring scheme.

“Women in Oceanography: A Decade Later” is available online here.