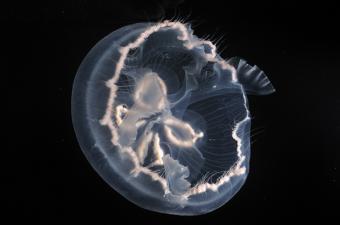 There are over 2,000 new marine species described annually from the largest habitat on earth, and those on this list represent just some of the most exciting discoveries.

The World Register of Marine Species (WoRMS) has released its annual list of the top ten marine species described by researchers during 2021, to coincide with World Taxonomist Appreciation Day on 19 March 2022.

This year the chosen species range from the extremely small and often overlooked, to a new species of whale. The top ten features the tiny Japanese Twitter Mite, discovered on social media; the Quarantine Shrimp, described during the COVID-19 lockdown; a new species of mysid hiding in plain sight; the huge Yokozuna Slickhead, honouring high ranking sumo wrestlers, and the astonishing Jurassic Pig-Nose Brittle Star.

Every day in labs, museums, out on fieldwork, taxonomists collect, catalogue, identify, compare, describe and name species new to science. Some 300 taxonomists globally also contribute their valuable time to keeping the World Register of Marine Species up to date. In 2021, there were there were 2,241 marine species discovered and added to WoRMS, including 263 fossil species.

The National Oceanography Centre’s Dr Tammy Horton is Chair of the Steering Committee for WoRMS and leads the decision committee for the Top Ten Marine Species each year. She said: “Being involved in WoRMS and being part of deciding the top ten list are both fascinating opportunities. There are over 2,000 new marine species described annually from the largest habitat on earth, and those on this list represent just some of the most exciting discoveries.

WoRMS is hosted by The Flanders Marine Institute (VLIZ) and has been endorsed by the Ocean Decade to expand ocean knowledge-based solutions ahead of upcoming global summits on climate and biodiversity.