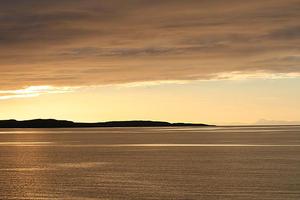 Scientists have developed a new approach for evaluating past climate sensitivity data to help improve comparison with estimates of long-term climate projections developed by the Intergovernmental Panel on Climate Change (IPCC).

The sensitivity of global temperature to changes in the Earth’s radiation balance (climate sensitivity) is a key factor for understanding past natural climate changes as well as potential future climate change.

Now a team of international scientists including Eelco Rohling, Professor of Ocean and Climate Change at the University of Southampton, have developed a more consistent definition of climate sensitivity in prehistoric times. When the scientists evaluated previously published estimates for climate sensitivity from a variety of geological episodes over the past 65 million years, they found that the estimates varied over a very wide range of values, with some very high values among them (high values would imply a very strong temperature response to a change in radiative forcing, for example, due to CO2 increase).

The team discovered that this wide range was almost entirely due to the fact that different researchers used different definitions.

Professor Rohling, who is currently based at the National Oceanography Centre Southampton but will join the Australian National University next year, says “Consistent intercomparison is a top priority, because it is central to using past climate sensitivity estimates in assessing the credibility of future climate projections.

“Once we had developed the framework and we had elaborated all the different assumptions and uncertainties, we applied it to climate reconstruction data from the last 65 million years. This caused a much narrower range of estimates, and this range was now defined in such a way that we could directly compare it with estimates in the IPCC assessment for their longer-term (several centuries) outlook.”

The scientists found that the likely range of climate sensitivity consistently has been of the order of 2.2 to 4.8°C per doubling of CO2, which closely agrees with the IPCC estimates.

Professor Rohling adds “Our study only documents what the climate sensitivity has been over the last 65 million years, and how realistic the estimates of the IPCC are in that context. It finds that those estimates are fully coherent with what nature has done in the (natural) past before human-based effects. Hence, it strongly endorses the IPCC’s long-term climate projections based on such values: nature shows us it always has, and so likely will again, respond in a way close to what the models suggest, as far as warming is concerned.”

The research stems from a three-day Academy Colloquium attended by about 40 internationally renowned specialists in past and present climate studies, held at the Royal Netherlands Academy of Arts and Sciences in Amsterdam last year.

The findings are published in the latest edition of the journal Nature.