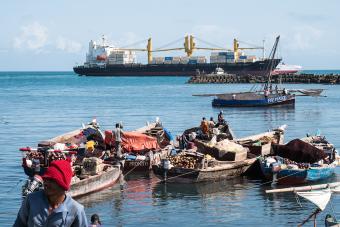 Key areas of the Indian Ocean, Bay of Bengal and the Pacific should be designated protected areas in order to safeguard vulnerable coastal communities’ livelihoods, new research published this week reveals.

‘Ecological connectivity between the Areas Beyond National Jurisdiction and coastal waters’, led by researchers from the National Oceanography Centre (NOC) and the International Institute for Environment and Development (IIED), demonstrates that coastal communities in Least Developed Countries (LDCs) are highly dependent on key areas of the ‘high seas’. These are the central Indian Ocean (the Mascarene Plateau beyond national jurisdiction), the northern Bay of Bengal and the ‘high seas pockets’ of the Pacific Islands. This is despite their being more than 200 nautical miles from coastlines, which currently are largely ungoverned international waters.

These areas are critical to the overall livelihoods of coastal LDCs for employment, food supply and income opportunities. They are also crucial to the life cycles of fish stocks, their development and migration as well as for carbon sequestration, which is a key process for mitigating climate change and sea level rise. Many areas of the high seas are already being impacted by pollution, including from plastic contamination and shipping, overfishing, mining and geoengineering experiments.

The research shows how coastal LDCs are directly affected by activities that take place far off their coasts – beyond their national boundaries. Researchers found that Kirabati, Liberia, Somalia and Tanzania’s coasts are the most connected developing countries to Areas Beyond National Jurisdiction (ABNJ). For example, on a timescale of 6 months, 60% of Somalia’s coast is impacted by waters that originated in the international waters due to ocean connectivity. 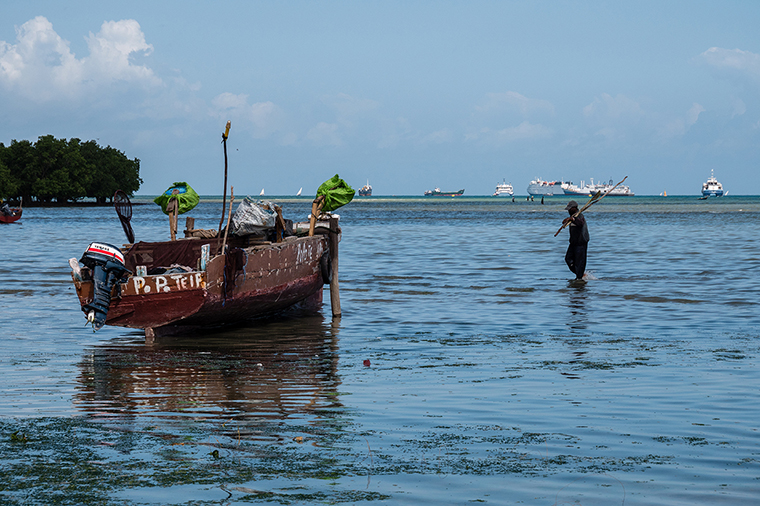 Migratory connectivity is the geographic linking of species and populations between one life cycle stage and another. Numerous migratory species of conservation importance, including highly migratory fish such as tuna, travel long distances across the jurisdictions of multiple states and ABNJ. A recent study of the migration of 14 marine predators — from leatherback sea turtles to albatross — found that, cumulatively, these species visited 86% of Pacific states, with some spending up to three-quarters of their annual cycles in ABNJ.

The research, which appears in the current issue of Marine Policy, is based on experiments designed to establish the origins of Least Developed Countries’ coastal waters. Carried out four times a year from 2005-2014, it used ocean modelling to track the rate at which virtual particles were arriving to the coastal zones from the most closely connected points of the ABNJ.

“When the High Seas are viewed from a coastal perspective, they are often considered as remote and inconsequential for the coastal communities whose life is dependent on the living marine resources. However, nothing can be further from the truth. Growing scientific evidence points towards strong ecological connectivity between the High Seas and the coastal zones. Thus when marine protected areas are proposed in the High Seas, their locations must be chosen not only to protect biodiversity within these areas, but also to safeguard interests of poor coastal communities in their downstream zone of influence.”

Dr Essam Yassin Mohammed, head of blue economy at IIED and one of the report’s authors, said:

“The science is clear. These areas of the high seas directly affect the lives of millions of women, children and men living in developing coastal countries. Any treaty governing international waters must prioritise vulnerable people’s needs as well as the ecological and biological significance when designating an area for ocean protection. Any activity that is likely to affect coastal areas through ocean circulation and migration connectivity must be given special protection and be subject to environmental impact assessments.”

On 25 March 2019, the United Nations enters its second round of negotiations, on developing an internationally legally binding instrument (ILBI) to govern the high seas under the UN Convention on the Law of the Sea on the conservation and sustainable use of marine biological diversity of ABNJ.