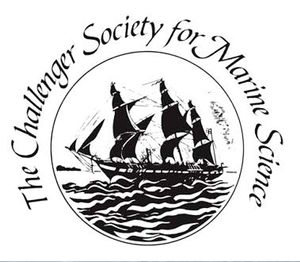 A vision for sustained observations of the marine environment is the subject of an open meeting later this month.

On Tuesday 17 September the Challenger Society for Marine Science, in collaboration with the Scientific Committee on Oceanic Research (SCOR), will host a Prospectus for UK Marine Sustained Observations at the Royal Society in London.

The event will celebrate and scrutinise the past and future of long-term marine observations with a series of talks and a panel-led discussion session.

The one-day meeting will feature an interdisciplinary series of talks by some of the UK’s foremost early- to mid-career marine scientists, alongside an overview of UK sustained observations, as well as an international perspective. The speakers will address questions such as: How have sustained observations contributed to research in marine and climate science? What are the critical scientific problems that depend on long-term measurements? What are the priorities for sustained observations in the future? The talks will be followed by a panel-led discussion session, featuring prominent and established UK marine scientists, entitled A strategy for UK marine sustained observations: objectives, obstacles and solutions. The panel will be chaired by Professor Nicholas Owens, director of the Sir Alister Hardy Foundation for Ocean Science. Professor Owen says “Unfortunately the support needed for sustained observation networks invariably falls between operational agencies and research funders: This meeting will bridge the divide and demonstrate that a joined-up approach is what is needed.”

Outcomes from the meeting:

A special issue of Philosophical Transactions of the Royal Society will be published in 2014 containing papers by all the speakers at the meeting. http://rsta.royalsocietypublishing.org

In it for the long run: the role of time-series in tracking impacts of environmental change in marine food webs

Measuring the boundaries of sea level

Sustaining observations in the polar oceans

How do we tell policy-makers that marine biodiversity is “on target” or “missing the mark”?