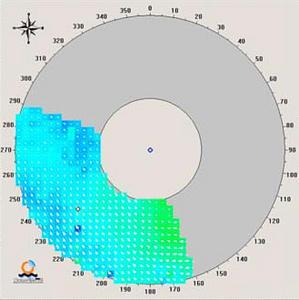 The licensed technology was developed at NOC by Dr Paul Bell and utilises an advanced software algorithm which analyses and processes the data returned by conventional X-band radar systems, providing information about water depth, current speed and direction.

The algorithm was first licensed by OceanWaveS in 2011 and required close working and joint development with NOC to incorporate the bathymetry algorithm into OceanWaveS’ existing software package. The successful partnership and support from NOC meant that OceanWaveS were keen to renew and extend the licence.

Konstanze Reichert of OceanWaveS commented on the licence renewal, “We are very happy to renew the license agreement with NOC, as we see value for our company in the implemented software solution, which has been a combined development effort between OceanWaveS and NOC.” 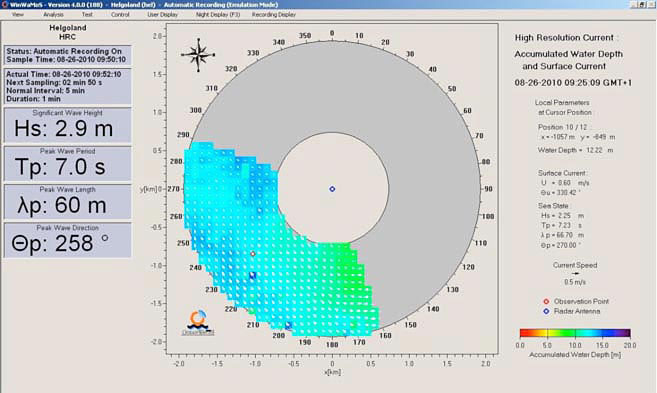 Gerry Scott, NOC’s commercialisation manager noted, “This is an excellent example of co-operation and technology transfer between NOC and a private company. The inventor at NOC had good contacts in industry which enabled him to see the potential value outside of his science research and the joint development led to a successful commercialisation deal.”

For further information about NOC commercialisation, contact Gerry on gerry.scott@noc.ac.uk.

Further information on WaMoS at www.oceanwaves.de/start.html.