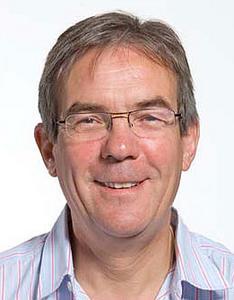 The appointment of Professor Nicholas Owens as Director of the Sir Alister Hardy Foundation for Ocean Science (SAHFOS) has been welcomed by the National Oceanography Centre.

Based in Plymouth, SAHFOS is a Delivery Partner of NOC in providing marine science national capability. The Foundation operates the Continuous Plankton Recorder survey and has, since 1931, been collecting data on the biogeography and ecology of plankton from the North Atlantic and the North Sea.More recently, its work has expanded to include other regions internationally. The results of the survey are used by marine biologists, by research institutions and policy makers in studies into environmental change.

Professor Owens will take up his new post on 1 August. He has a distinguished career in environmental science, both as a researcher and as a science leader, having served as Chief Executive and Director of Science at Plymouth Marine Laboratory and, most recently, as Director of the British Antarctic Survey.

NOC Executive Director, Professor Ed Hill, said: “Having worked with Nick Owens in previous roles, I am delighted to see him taking the helm at SAHFOS. He brings a wealth of experience to an organisation that provides vital data to the international marine science community.”