New insights into the impacts of ocean acidification 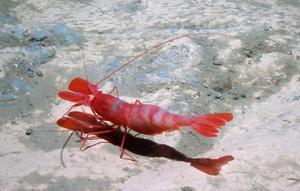 This collaborative research, involving contributions from the National Oceanography Centre and led by the Institute of Geosciences at Kiel University, (CAU), found that almost a quarter of the deep sea, shell-forming species analysed already live in seawater chemically unfavourable to the maintenance of their calcareous skeletons and shells. More than a hundred groups of marine organisms from a range of environments worldwide were included in this comprehensive study, including sea urchins, sea stars, coralline algae and snails.

The lead author of this study, Dr. Mario Lebrato CAU, said “The result surprised us. For us, it is a sign that many marine organisms actually can live and maintain their calcareous shells under chemically unfavourable conditions which may reflect their physiological and evolutionary history.

Increasing atmospheric CO2 is also increasing oceanic CO2. Chemical parameters change when carbon dioxide dissolves in sea water. The pH decreases and the water becomes less alkaline and increasingly acidic. Ocean acidification is therefore one of the most important research areas regarding the effects of elevated CO2 on deep-sea marine calcifiers and the marine ecosystem in general.”

Many organisms incorporate magnesium (Mg) when they build their skeletons and shells. These organisms appear to be particularly vulnerable to ocean acidification because their shells and skeletons are more vulnerable to dissolution than pure calcite and aragonite. For their investigation, an improved indicator (ΩMg-x) that reflects the saturation state of seawater with respect to the Mg-content of specific organisms was calculated by the scientists. Previous investigations focused on calcite or aragonite saturation state as indicators of calcifier thresholds, which may miss the vulnerability of many calcifiers.

Some of those deep-sea organisms already exist in undersaturated conditions, not favourable to the formation of shells. However, continuing intensification of this corrosive process could have unforeseen impacts and feedbacks, even for those organisms already at undersaturation. The scientists hope to gain more insight into this by exploring how past changes in seawater pH have impacted these organisms, but also through further field and laboratory studies testing the effect of ocean acidification on calcifiers.

NOC contributed to the body of evidence illustrating where calcifying life has been found. NOC’s Dr Henry Ruhl said “One of the things this study shows is that there are many calcifying organisms living in the less favourable acidification conditions that are more common in the deep sea than in shallower water. Research that looks to examine what metabolic tools deep-sea organisms use in such conditions could provide a better idea as to how well life might, or might not, cope with ocean acidification in more productive surface ocean and coastal waters.”

The sea floor is a habitat especially rich in species that produce calcium carbonate shells or skeletons – so-called marine calcifiers. Sea urchins, sea stars, coralline algae, crustaceans, and numerous molluscs, such as mussels, find their home here. Marine calcifiers play an important role in global biogeochemical cycles and serve important ecosystem functions. They are a food supply for other organisms and store carbon. At present, the ocean takes up a quarter of the CO2 released to the atmosphere by human industrial activities – with long-lasting consequences for the chemical composition of seawater and marine habitats.