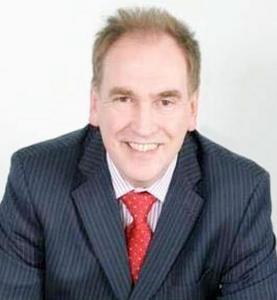 I am delighted that Peter is joining the NOC team.

Peter Winter, the National Oceanography Centre’s new Director of Planning and Resources, takes up his post this week.

Peter is the member of the centre’s Executive Board responsible for the full range of administrative functions – delivered across two sites in Southampton and Liverpool – that underpin the delivery of the centre’s world-leading research and technology. These encompass: Finance and business planning; Human Resources; Health and Safety; Information Technology; Research, Contracts and Applications; Facilities Management; Library and archive services; Communications and Public Engagement together with governance, executive and science administrative support. He will also support the NOC-led partnership that delivers the UK’s national capability in marine science.

Peter was previously Head of Collaborative Innovation for the North West Development Agency where he led a programme bringing together stakeholders – including government departments, public bodies and businesses of all sizes - to identify and deliver opportunities for economic growth.

Peter’s former roles include Pro-Vice-Chancellor for Enterprise at Loughborough University and Director of the Manchester Science Enterprise Centre. He spent the first part of his career with British Nuclear Fuels Limited (BNFL) where he held a variety of leadership roles, including a secondment to the British Embassy in Tokyo as Counsellor on atomic energy. Peter graduated from the University of Birmingham with first class honours in mechanical engineering and is a Fellow of the Institution of Mechanical Engineers; he holds an MBA and is a member of the Institute of Directors.

Welcoming Peter to the centre, NOC’s Executive Director, Professor Ed Hill, says: “I am delighted that Peter is joining the NOC team. His breadth of experience in both industry and academia mean that he is well placed to undertake this crucial and varied role, which includes supporting the multiple relationships that will be crucial to the NOC’s future success in challenging times.”

Looking ahead to his new role, Peter said “I am really looking forward to playing my part in ensuring that such a world class organisation continues to thrive in the years to come.”

Currently living in Warrington with Gillian, his wife, they intend to relocate to Southampton. Peter will be based at the NOC’s headquarters which are located on the city’s waterfront.

His interests include walking, soccer (spectator), bell ringing and the cinema and theatre. He has two daughters and one son.