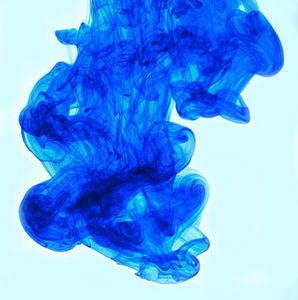 A new study has found that turbulent mixing in the deep waters of the Southern Ocean, which has a profound effect on global ocean circulation and climate, varies with the strength of surface eddies – the ocean equivalent of storms in the atmosphere – and possibly also wind speeds.

It is the first study to link eddies at the surface to deep mixing on timescales of months to decades.

This new insight into how the Southern Ocean behaves will allow scientists to build computer models that can better predict how our climate is going to change in the future.

The findings are published in the latest issue of Nature Geoscience.

The Southern Ocean plays a pivotal role in the global overturning circulation, a system of surface and deep currents linking all oceans and one of the fundamental determinants of the planet’s climate. The Southern Ocean around Antarctica is the only location where the ocean can circulate freely all the way around the globe without continental barriers.

Because the ocean is made up of many layers of water that are dependent on temperature and salinity, water moves easily along horizontal or ‘isopycnal’ layers, but mixes only slowly across the layers, known as ‘diapycnal’ mixing. This combination of diapycnal and isopycnal mixing drives the upwelling of deep waters up to the surface, forming an ‘upper’ and ‘lower’ overturning cell. When deep waters rise to the surface, they bring with them the nutrients that plankton need to grow. Conversely, as surface waters sink they take heat and dissolved CO2 from the atmosphere, strongly shaping regional and global climate change.

The researchers took measurements of small-scale temperature and velocity fluctuations, to measure the diapycnal movements in the Antarctic Circumpolar Current (ACC) across the Drake Passage region of the Southern Ocean.

The data revealed that, during the period of their measurements, turbulence in deep waters significantly correlated with surface eddy activity. The mechanism that causes eddies in the surface ocean leads to an intensification of currents in the top and bottom layers of the ocean. When such instability arises, strengthened bottom currents interact with rough bottom topography to generate internal waves that eventually devolve into turbulence. This process provides a source of energy for the mixing of abyssal waters, which, in turn, hastens the global overturning circulation.

The researchers established that deep water eddies are likely energised by strong westerly winds over the Southern Ocean that force the ACC and that abyssal mixing, on time scales of months to decades, reacts to this changing atmospheric climate.

Study co-author Katy Sheen, a Postdoctoral Research Fellow from Ocean and Earth Science at the University of Southampton based at the National Oceanography Centre, says “These findings will help us to understand the processes that drive the ocean circulation and mixing so that we can better predict how our Earth system will respond to the increased levels of carbon dioxide that we have released into the atmosphere.”

The researchers used data from the ‘Diapycnal and Isopycnal Mixing Experiment in the Southern Ocean’ (DIMES) project, a UK/US field program aimed at measuring diapycnal and isopycnal mixing in the Southern Ocean. DIMES released a chemical dye tracer into the ACC about a mile below the sea surface. Over five years, the horizontal and vertical spread of the tracer was mapped out by measuring its concentration in hundreds of seawater samples, to identify how quickly the Southern Ocean moved water particles around. It also used a mooring cluster of sensors in the Drake Passage to provide detailed time series information on the processes responsible for the mixing of the tracer.

To see how mixing in the deep Southern Ocean has varied over the longer term the DIMES team made use of a unique series of measurements across the Drake Passage the body of water between the southern tip of Chile at Cape Horn and Antarctica. For more than 20 years, scientists at the National Oceanography Centre have collected the measurements annually. The Drake Passage series of measurements were instigated in 1993 to monitor changes in the Antarctic Circumpolar Current (the large ocean current that flows around the Antarctic continent) but have since been used in many ways not envisaged at the outset, such as in this study. Long time series of in-situ measurements are rare in the remote Southern Ocean and the work of Katy Sheen and her colleagues demonstrates how valuable such data is and the importance of maintaining these annual observations.

While on the last DIMES expedition, Katy Sheen and her colleague Siobhan Moran made a short video about ocean mixing called A Drop in the Ocean

They also posted daily reports on a blog with the same name – A Drop in the Ocean  – about life and work on board the RRS James Clark Ross.