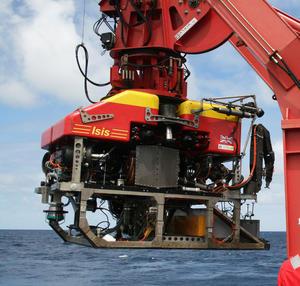 The accident occurred during ROV deployment at around 12.00 GMT (approximately 09.00hrs Ship’s time) on Wednesday 19 January 2011. Buoyancy debris from Isis was immediately sighted, but the ROV has been recovered and is now aboard the ship.

There have been no casualties. According to the Preliminary Damage Report, there is minor damage to the ship’s port propeller and its condition continues to be monitored.

The ship remains fully operational and there are no reports of any release of pollution. However, the ROV has suffered extensive damage and is inoperable.

An internal investigation is underway to ascertain the cause of the incident, which is still unknown.

The RRS James Cook cruise JC055 is aimed at studying hydrothermal vent sites in the Bransfield Strait, which lies between the South Shetland Islands and the Antarctic Peninsula. The ship was located at 61°48′S 56°56′W when the incident occurred on the approaches to the Bransfield Strait.

The current position is that there is a range of sampling and survey activities that can still be carried out on the cruise and these activities are being assessed and planned.