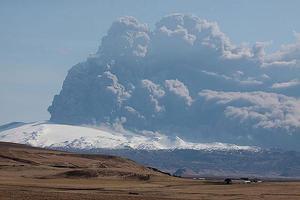 It may have caused huge disruption to air travel – and coated cars in ash across Britain – but the eruption of the Icelandic volcano Eyjafjallajökull in 2010 was an opportunity not to be missed for scientists at the National Oceanography Centre looking at how the supply of iron to the ocean affects atmospheric carbon dioxide levels.

As the volcano erupted, a team led by Mark Moore at the University of Southampton, working as part of the Iron Biogeochemistry in the Irminger Sea study lead by Eric Achterberg, were on board the RRS Discovery, looking at the effects of the iron-laden volcanic ash on the waters of the iron-starved North Atlantic. 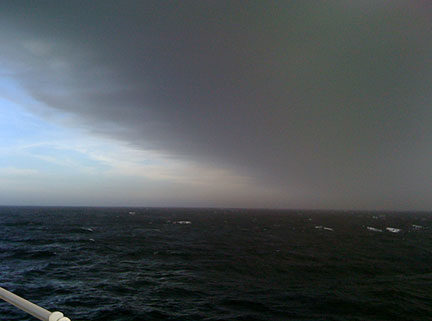 Scientists have long been studying the relationship between natural iron supply to ocean and the amounts of CO2 transferred from the atmosphere to the ocean’s interior by phytoplankton blooms – vast proliferations of the microscopic plants that form the basis of the marine food chain. These rely on obtaining dissolved iron from the water to grow – a resource in short supply in some regions such as the North Atlantic. Previous attempts to quantify this relationship have reached wildly different answers, for reasons that we didn’t understand prior to this research. The volcanic deposition to the North Atlantic allowed scientists to make good observations of both elements, iron supply and carbon sinking, in a completely new environment. Crucially, this study gave us at last enough different estimates from different systems to pick apart the various factors controlling how iron regulates climate – distinguishing between the quantity of iron added to the water, or how and when the iron got there.

This work, published in Geophysical Research Letters, both reports the flux estimates and brings them together with a range of other studies from other systems. It was funded by the Natural Environment Research Council (NERC) and led by Dr Frédéric Le Moigne, a post-doctoral research associate at NOC. He concluded: “This study shows that it’s not just the quantity of iron that controls CO2 removal from the atmosphere by the ocean, but also the timescale over which the iron is added. Large quantities in short periods make the process less efficient, whereas a constant supply appears to be more effective.”

During the 2010 volcanic eruption, large quantities of naturally-occurring volcanic ash particles were deposited into the North Atlantic south of Iceland, providing an ideal opportunity to work out how iron regulates phytoplankton in the ocean – but the expedition wasn’t easy on the researchers. As the RRS Discovery headed in and out of the volcanic plume, black ash clouds choked the air and coated the ship in dust, thickly enough that they could write their names in ash on the deck. 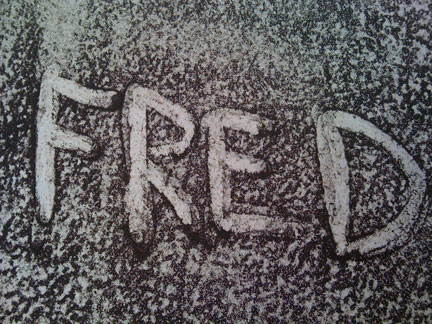 Collecting iron samples from the water was also challenging, as the quantities of iron in the water were so miniscule that the slightest contamination could affect the result. Water sampling in the plume involved wearing special suits to handle the samples and meticulous care.

Samples of sinking carbon, phytoplankton levels and iron concentrations were taken in both the ash-infused waters of the North Atlantic and a contrasting iron-poor area east of Greenland. The findings were compared with previously-sampled areas around the Kerguelen and Crozet Islands in the Southern Ocean, where a constant supply of iron enters the water via runoff and erosion.

This study will act as a powerful external constraint over models which link iron supply to the ocean to carbon sequestration, as part of wider-ranging studies into planetary carbon cycling.

The full published paper can be found here.