Geo-engineering and sea-level rise over the 21st century 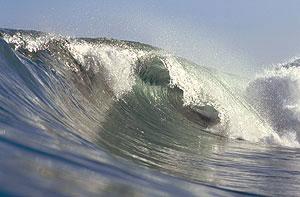 Substituting geo-engineering for greenhouse emission control would be to burden future generations with enormous risk.

Scientific findings by international research group of scientists from England, China and Denmark just published suggest that sea level will likely be 30–70 centimetres higher by 2100 than at the start of the century.

This is even if all but the most aggressive geo-engineering schemes are undertaken to mitigate the effects of global warming and greenhouse gas emissions are stringently controlled.

“Rising sea levels caused by global warming are likely to affect around 150 million people living in low-lying coastal areas, including some of the world’s largest cities,” explained Dr Svetlana Jevrejeva of the National Oceanography Centre.

Most scientists agree that anthropogenic carbon dioxide emissions contribute greatly to global warming, and that these emissions need to be controlled if damaging future impacts such as sea-level rise are to be averted. But if we fail to do so, is there a ‘Plan B’?

Scientists have proposed ways of ‘geo-engineering’ the Earth system to tackle global warming, thereby reducing its impact on both the main contributors of sea level rise: thermal expansion of ocean water and melting of glaciers and ice sheets. Jevrejeva and her colleagues have modelled sea level over the 21stcentury under various geo-engineering schemes and carbon dioxide emission scenarios.

“We used 300 years of tide gauge measurements to reconstruct how sea level responded historically to changes in the amount of heat reaching the Earth from the Sun, the cooling effects of volcanic eruptions, and past human activities,” said Jevrejeva. “We then used this information to simulate sea level under geo-engineering schemes over the next 100 years.”

Changes in temperature predicted to result from increased atmospheric carbon dioxide or geo-engineering are large compared with those caused by volcanism over the last 100,000 years or by changes in the amount of the Sun’s energy reaching the Earth over the last 8000 years.

“Natural sea-level variations caused by extreme events such as severe volcanic eruptions over the past several thousand years were generally much smaller than those caused by anthropogenic carbon dioxide emissions or predicted under effective geo-engineering schemes,” said Jevrejeva.

The researcher’s simulations show that injections of sulphur dioxide particles into the upper atmosphere, equivalent to a major volcanic eruption such as that of Mt Pinatubo every 18 months, would reduce temperature and delay sea-level rise by 40-80 years. Maintaining such an aerosol cloak could keep sea level close to what it was in 1990.

However, use of sulphur dioxide injection would be costly and also risky because its effects on ecosystems and the climate system are poorly understood.

“We simply do not know how the Earth system would deal with such large-scale geo-engineering action,” said Jevrejeva.

Large mirrors orbiting the Earth could deflect more of the Sun’s energy back out to space, reducing temperatures and help control sea level, but the logistics and engineering challenges of such a scheme are daunting.

The researchers argue that perhaps the least risky and most desirable way of limiting sea-level rise is bioenergy with carbon storage (BECS). Biofuel crops could be grown on a large-scale, and carbon dioxide released during their combustion or fermentation could be captured, and the carbon stored as biochar in the soil or in geological storage sites.

BECS has some advantages over chemical capture of carbon dioxide from the atmosphere, which requires an energy source, although both approaches could eventually reduce atmospheric carbon dioxide levels to pre-industrial level according to the new simulations.