Extreme global warming in the ancient past 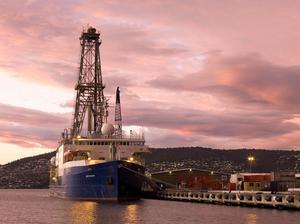 Understanding the relationship between the Earth’s climate and atmospheric carbon dioxide in the geological past can provide insight into the extent of future global warming...

Variations in atmosphere carbon dioxide around 40 million years ago were tightly coupled to changes in global temperature, according to new findings published in the journal Science. The study was led by scientists at Utrecht University, working with colleagues at the NIOZ Royal Netherlands Institute for Sea Research and the University of Southampton.

“Understanding the relationship between the Earth’s climate and atmospheric carbon dioxide in the geological past can provide insight into the extent of future global warming expected to result from carbon dioxide emission caused by the activities of humans,” said Dr Steven Bohaty of the University of Southampton’s School of Ocean and Earth Science (SOES) based at the National Oceanography Centre in Southampton.

To fill this gap in knowledge, the authors of the new study focused on one of the hottest episodes of Earth’s climate history – the Middle Eocene Climatic Optimum (MECO), which occurred around 40 million years ago.

Algae use photosynthesis to harvest the energy of the sun, converting carbon dioxide and water into the organic molecules required for growth. Different isotopes of carbon are incorporated into these molecules depending on the environmental conditions under which algae grow. Ancient climate can therefore be reconstructed by analysing the carbon isotope ratios of molecules preserved in fossilised algae.

The researchers took this approach to reconstruct variations in carbon dioxide levels across the MECO warming event, using fossilised algae preserved in sediment cores extracted from the seafloor near Tasmania, Australia, by the Ocean Drilling Program. They refined their estimates of carbon dioxide levels using information on the past marine ecosystem derived from studying changes in the abundance of different groups of fossil plankton.

Their analyses indicate that MECO carbon dioxide levels must have at least doubled over a period of around 400,000 years. In conjunction with these findings, analyses using two independent molecular proxies for sea surface temperature show that the climate warmed by between 4 and 6 degrees Celsius over the same period.

“We found a close correspondence between carbon dioxide levels and sea surface temperature over the whole period, suggesting that increased amounts of carbon dioxide in the atmosphere played amajor role in global warming during the MECO,” said Bohaty.

The researchers consider it likely that elevated atmospheric carbon dioxide levels during the MECO resulted in increased global temperatures, rather than vice versa, arguing that the increase in carbon dioxide played the lead role.

The researchers point out that the large increase in atmospheric carbon dioxide indicated by their analysis would have required a natural carbon source capable of injecting vast amounts of carbon into the atmosphere.

The rapid increase in atmospheric carbon dioxide levels around 40 million years ago approximately coincides with the rise of the Himalayas and may be related to the disappearance of an ocean between India and Asia as a result of plate tectonics – the large scale movements of the Earth’s rocky shell (lithosphere). But, as explained by Professor Paul Pearson of Cardiff University in a perspective article accompanying the Science paper, the hunt is now on to discover the exact cause.

The research was funded by the Netherlands Organisation for Scientific Research Utrecht University and Statoil, and used samples and data provided by the Ocean Drilling Program (ODP).