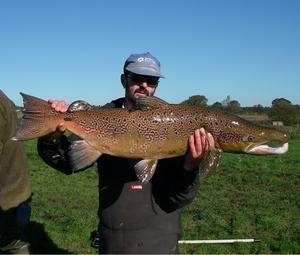 Where Atlantic salmon feed in the ocean has been a long-standing mystery, but new research led by the University of Southampton shows that marine location can be recovered from the chemistry of fish scales. Surprisingly, salmon from different British rivers migrate to feed in separate places, and may respond differently to environmental change.

Numbers of Atlantic salmon have declined across their range since the early 1970s, and most researchers believe that conditions experienced at sea are largely to blame. Unfortunately, identifying where salmon go to feed in the huge expanse of the North Atlantic is difficult as attaching artificial tags to fish is expensive. A paper published this week in Scientific Reports shows that fish carry natural records of feeding location hidden in the chemistry of their scales. 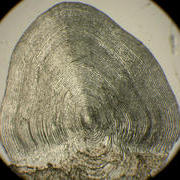 The chemistry of animal tissues reflects the composition of food and water in the area where they live and feed, and can act as a natural tag. Using this idea, the Southampton team, working with scientists from the Centre for Environment, Fisheries and Aquaculture Science (Cefas), the Game and Wildlife Conservation Trust (GWCT) and the National Oceanography Centre (NOC), looked at the isotopes of carbon contained in historical records of scales of Atlantic salmon. The scales grew while the salmon were feeding at sea, so the carbon isotope values of the scales reflect the values of their diet in the feeding grounds. The team compared the scale values through time with satellite records of sea surface temperature across the North Atlantic. The locations of sea where the time series match best are most likely to be the areas where the fish have been feeding.

“As every single salmon contains the natural chemical tag, we can now see where fish from individual rivers go to feed in the Atlantic,” lead author Dr Kirsteen MacKenzie said. “Interestingly, we found that salmon born in two areas of the British Isles swim to feeding grounds that are far apart, and experience very different conditions while at sea”. Co-author Dr Clive Trueman continued: “This information allows for better management of individual fish populations by monitoring both environmental conditions and fishing efforts in the areas where they feed”. “Our technique can also be used to aid conservation of animals such as turtles, seabirds and tuna, and identify the best areas for marine protection measures,” added Dr MacKenzie.

This research was funded by Defra, (Department for Environment, Food and Rural Affairs, UK).