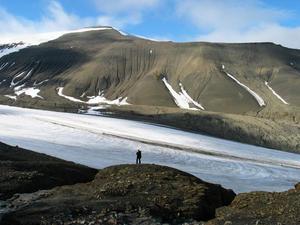 Using sophisticated methods of dating rocks, a team including University of Southampton researchers based at the National Oceanography Centre, Southampton, have pinned down the timing of the start of an episode of an ancient global warming known as the Paleocene-Eocene thermal maximum (PETM), with implications for the triggering mechanism.

The early part of the Cenozoic era, which started around 65.5 million years ago witnessed a series of transient global warming events called hyperthermals. The most severe of these was the PETM at the Paleocene–Eocene boundary, around 56 million years ago. Over a period of around 20,000 years, a mere blink of the eye in geological terms, ocean temperatures rose globally by approximately 5°C. There is evidence that the concentration of atmospheric carbon oxide increased, but the phenomena that triggered the event remain controversial.

One possibility is that these hyperthermals were driven by cyclic variations in the eccentricity of the Earth’s orbit around the sun. At the cycle peaks, increased temperatures could have caused methane hydrate deposits in the deep sea to release large amounts of methane. Some of this potent greenhouse gas would have entered the atmosphere resulting in further intensification of the climatic warming, which would have continued as the methane was fairly rapidly converted into carbon dioxide in the atmosphere.

Alternatively, it may have been geological processes, unrelated to variation in the Earth’s orbit, which could have been the culprit for the warming associated with the PETM. In this scenario, magmatism would have caused the baking of marine organic sediments, leading to the massive release of methane and/or carbon dioxide, possibly through hydrothermal vents, thus initiating the global warming which led to the methane release.

“Determining exactly what triggered the PETM requires very accurate dating of the event itself, to determine whether it occurred during a known maximum in the Earth’s orbital eccentricity” explains Adam Charles, a University of Southampton PhD student supervised by Dr Ian Harding, and first author of the newly published report.

To getter a better grip on the numerical age of the Paleocene–Eocene boundary, the researchers measured radio-isotopes of uranium and lead in the mineral zircon, found as crystals in two volcanic ash horizons deposited during the PETM. These rocks were collected from two locations in Spitsbergen, the largest island of the Svalbard Archipelago in the Arctic.

Based on their data, the researchers dated the Paleocene–Eocene boundary at between 55.728 and 55.964 million years ago, which they believe to be the most accurate estimate to date. Their analyses indicated that the onset of the PETM, unlike those of other Eocene hyperthermals, did not occur at the peak of a 400 thousand year cycle in the Earth’s orbital eccentricity. Instead, it occurred on the falling limb of a cycle when warming by the sun would not have been at a maximum.

“Compared to other early Eocene hyperthermals, it appears that the PETM was triggered by a different mechanism, and thus may have involved volcanism. However, a thorough test of this hypothesis will require further detailed dating studies,” Adam concluded.

The research was supported by the Natural Environment Research Council (NERC) and Shell UK, as well as a Philip Leverhulme Prize to Heiko Pälike.