Climate Engineering – What do the public think? 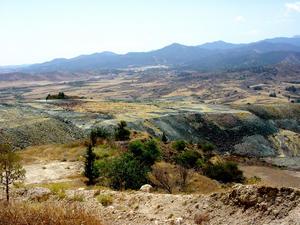 Members of the public have a negative view of climate engineering, the deliberate large-scale manipulation of the environment to counteract climate change, according to a new study.

The results are from researchers from the National Oceanography Centre, Southampton and Massey University (New Zealand) who have undertaken the first systematic large-scale evaluation of the public reaction to climate engineering.

The work is published in Nature Climate Change this week (12 January 2014).

Co-author Professor Damon Teagle of the University of Southampton who is based at the National Oceanography Centre, Southampton said “Because even the concept of climate engineering is highly controversial, there is pressing need to consult the public and understand their concerns before policy decisions are made.”

Lead author, Professor Malcolm Wright of Massey University, said “Previous attempts to engage the public with climate engineering have been exploratory and small scale. In our study, we have drawn on commercial methods used to evaluate brands and new product concepts to develop a comparative approach for evaluating the public reaction to a variety of climate engineering concepts.”

The results show that the public has strong negative views towards climate engineering.  Where there are positive reactions, they favour approaches that reduce carbon dioxide over those that reflected sunlight.

“It was a striking result and a very clear pattern,” said Professor Wright. “Interventions such as putting mirrors in space or fine particles into the stratosphere are not well received. More natural processes of cloud brightening or enhanced weathering are less likely to raise objections, but the public react best to creating biochar (making charcoal from vegetation to lock in CO2) or capturing carbon directly from the air.”

Nonetheless, even the most well regarded techniques still has a net negative perception.

The work consulted large representative samples in both Australia and New Zealand. Co-author Pam Feetham said “The responses are remarkably consistent from both countries, with surprisingly few variations except for a slight tendency for older respondents to view climate engineering more favourably.”

Professor Wright noted that giving the public a voice so early in technological development was unusual, but increasingly necessary. “If these techniques are developed the public must be consulted. Our methods can be employed to evaluate the responses in other countries and reapplied in the future to measure how public opinion changes as these potential new technologies are discussed and developed,” he said.

Image: The freshly ground up rocks in mine tailings naturally react with carbon dioxide in the atmosphere, and this slow process of mineral weathering could be enhanced to make a significant impact on rising atmospheric CO2 concentrations.