Bioluminescence as a method of assessing fish stocks 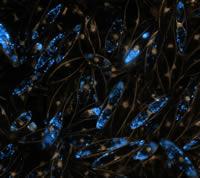 A lot of people say it is mystical, I can see why they think that... people also think it’s rare, it actually isn’t, it happens nearly everywhere in the ocean.

Research by the National Oceanography Centre (NOC) explores a promising new method of forecasting bioluminescence, which may improve the monitoring of movements in the ocean, such as fish shoals and internal waves.

As fish move through the sea they churn the water around them. This movement disturbs the bioluminescent organisms, triggering a chemical reaction that emits a flash of light. The combined flashes of hundreds of thousands of organisms give the impression of a constant glow of blue light, which Aristotle termed ‘flaming seas’ around 410 BC.

This research, conducted by Dr Charlotte Marcinko of the NOC, is the first time that anyone has examined how bioluminescence could be predicted by modelling the bioluminescent organisms themselves. Previously scientists have used relationships between bioluminescence and other biochemical environmental variables to try and predict when and how much bioluminescence there would be in a given area. The study, published in the Journal of Marine Systems, uses a simple ecological model to simulate seasonal changes in the abundance of a particular type of bioluminescent organisms called dinoflagellates.

Charlotte explains why she embarked on this research “I once went on a cruise and saw bioluminescence lighting up the boat's wake…I just looked at it and I couldn’t help but wonder what caused it. A lot of people say it is mystical, I can see why they think that…people also think it’s rare, it actually isn’t, it happens nearly everywhere in the ocean.” 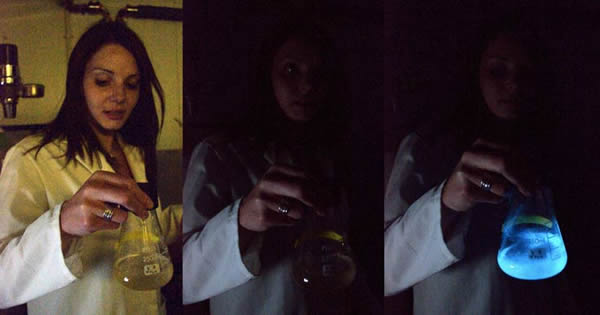 It is not yet known why dinoflagellates emit light. One key theory is that the flash of light is intended to startle predators. The other is the ‘burglar alarm’ hypothesis, in which the light is intended to alert larger predators to the presence of the one threatening the bioluminescent organisms themselves, thereby using the larger predictors as ‘body guards’.

This research was funded by NERC as part of the LAMP project at the National Oceanography Centre.