Antarctic fjords are diversity hotspots in a rapidly warming region 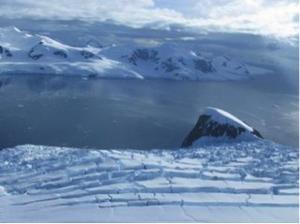 Rapid climate change is threatening marine communities, but scientists have found that marine life is flourishing in Antarctic fjords despite warming in the region.

Deep inside the subpolar fjords of Antarctica, researchers have uncovered an unexpected abundance and diversity of marine life at the seafloor. The team, led by Professor Craig Smith of University of Hawai’i at Mānoa, and Dr Laura Grange now based at the National Oceanography Centre, Southampton (NOCS), document their discovery this month in the scientific journal PLOS ONE.

This is the first time that scientists have studied the seafloor communities of glacier-dominated fjords along the west Antarctic Peninsula, a region undergoing very rapid climate warming and ecosystem changes.

The scientists expected to find impoverished seafloor communities highly disturbed by glacial sedimentation, similar to those that have been documented in well-studied Arctic regions. But to their surprise, bristle worms, anemones, sea spiders, and amphipod crustaceans abounded in their seafloor photographs, along with a number of sea cucumbers, deep ocean jellyfish and other species. Above the seafloor, the fjord waters were dense with krill.

“There appears to be something special about these fjords that stimulates seafloor productivity,” says first author Dr Grange, a researcher at University of Southampton Ocean and Earth Science, which is based at NOCS.

“Seafloor ecosystems at the bottom of fjords rely on sinking organic material for food, so these Antarctic fjords must be getting some sort of enhanced food input, most likely from phytoplankton blooms, macroalgal debris, or even from krill – their molted shells or the dead bodies that sink to the bottom.”

Researchers have even suggested that large aggregations of humpback whales may stimulate fjord primary productivity by releasing nutrients as they feed and defecate in the fjords during seasonal immigration.

However, the authors warn that even with a variety of pathways to fuel the remarkable diversity of animals on the seafloor, Antarctic fjord ecosystems are at risk from climate warming. 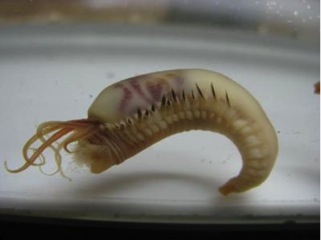 These favourable conditions are very likely to change as the climate warms rapidly, accelerating glacial melting and dumping large amounts of fine glacial sediments into fjord headwaters, according to the authors.

The resulting higher turbidity and seafloor sedimentation will likely shade the phytoplankton and bury diverse seafloor communities, or smother primary production and biodiversity in these narrow canyon-like ecosystems.

“The extraordinary ecosystems, which provide habitat and foraging areas for krill and baleen whales and are hotspots of seafloor diversity, are very likely to be negatively impacted by the very rapid climate warming occurring along the Antarctic Peninsula,” says Professor Smith.

“These Antarctic fjord ecosystems may play a disproportionately large role in feeding and recruiting of mobile species, including juvenile fish and whales. We urgently need to develop a better understanding of the structure, function, and climate sensitivity of these fascinating and imperilled seafloor communities.”

Dr Grange was a postdoctoral collaborator at University of Hawai’i at Mānoa during this study.