Under Sea Ice and Pelagic Surveys - The North Sea

Under Sea Ice and Pelagic Surveys - The North Sea

As part of NERC's Autosub Science Missions thematic programme, Autosub 2 was deployed to the North Sea on the Fisheries Research Vessel Scotia. Uniquely, deployment and recovery were through an opening in the side of the vessel to a space known as the 'hanger', through which the gantry could still be used.

The images captured from this mission went on to be widely used by various AUV groups to show recovery in typical North Sea conditions. At the time these groups were only working in benign coastal waters and the Autosub images were some of the first examples of large AUV operations in real oceanic conditions. 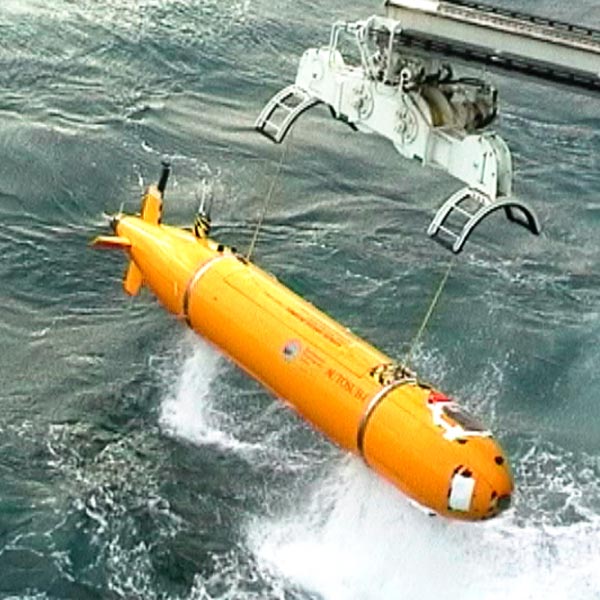 Autosub 2 recovery in the North Sea.