The experimental Cytosub was produced by Cytobuoy NV of the Netherlands. On another expedition, the vehicle was fitted with multiple acoustic instruments including a bubble resonator and sidescan sonar in support of the “Sonar and turbulence studies of the upper ocean” project.

Subsequently, a manganese sensor was fitted in support of the “Dissolved and particulate manganese and oxygen in the water column of the upper basins of two hypoxic sea lochs” project. 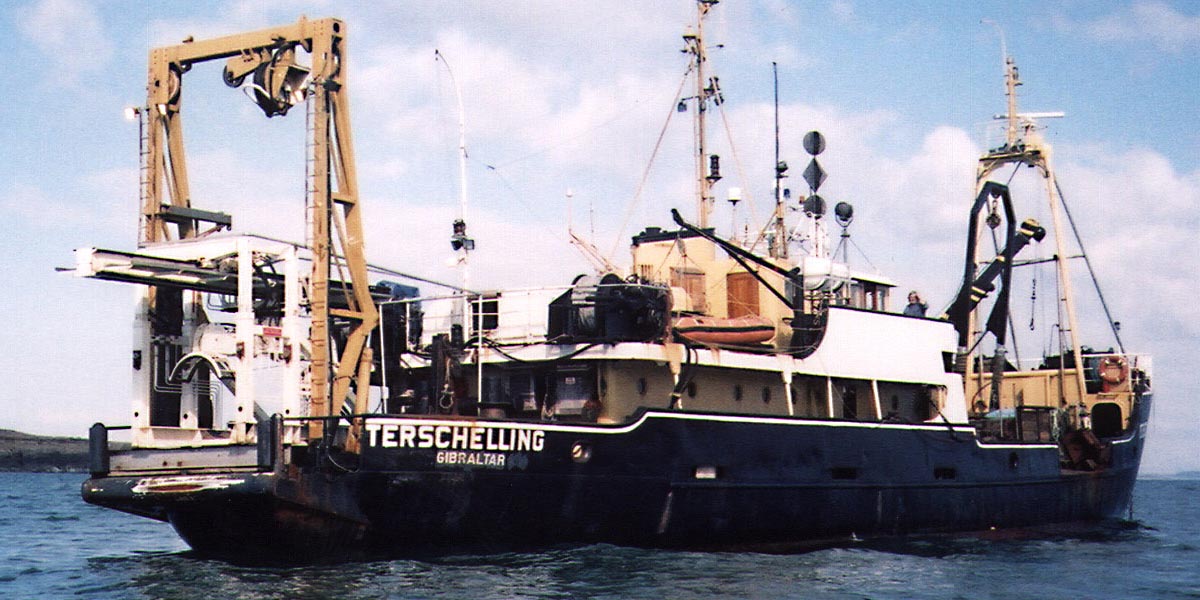 The Autosub 2 support vessel MV Terschelling in the Celtic sea.