Stuck in Sicily - Strait of Sicily

Stuck in Sicily - Strait of Sicily

During Mission 240, while deployed on the Italian research vessel Urania, the vehicle became stuck under an overhang while terrain-following close to the bottom of a steep cliff.

The Leviathan Facility, who the Autosub team had purchased commercial insurance through, arranged (July 2000) for a passing offshore support vessel with ROVs - the Polar Prince - to attend the site of the stranding, locate the Autosub via its acoustic pinger and use an ROV to pull the Autosub free! 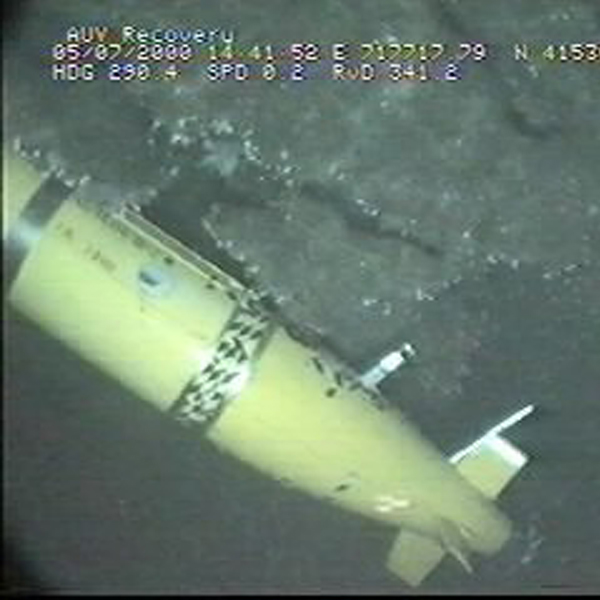 Autosub 2 stuck under an overhang in a subsea cliff.