A year after the new Wellcome Wing at the Science Museum, London had opened, the Autosub programme was part of a major exhibition surrounding robot submarines. On display were: a model of Autosub 2 suspended from the ceiling, an ARGO profiling float, interactive Autosub displays on computer screens, and images from the recent Oban mission. 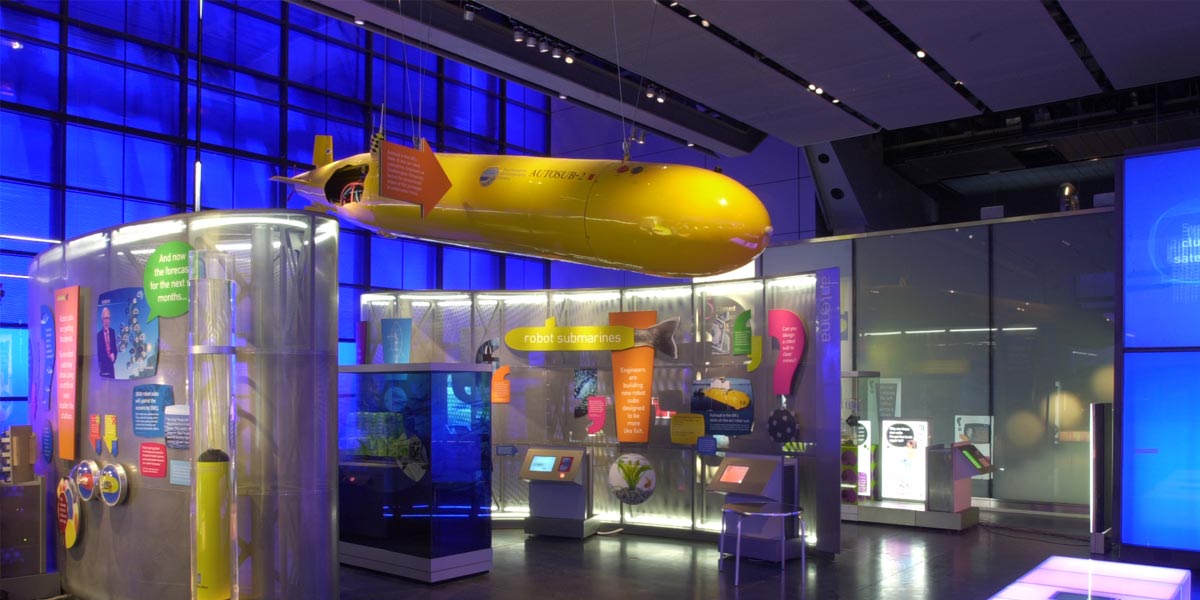 Autosub 2 in a display at the Science Museum, London.