In the final few years at Wormley, the programme experienced some turbulence. Sea trials were first envisaged to be in around 1992 however there had been insufficient funding to build the vehicle despite progress in a number of technical areas.

The plan that was proposed to the Natural Environment Research Council (NERC) by the team detailed the move from Wormley to Southampton, recognised the funding situation and trimmed the objective to “provide, in 1998, a completely detailed design for a Demonstrator Test Vehicle, based on fully tested sub-systems, including tests at sea”.

Following a number of reviews by NERC, a new target was agreed to build a demonstration vehicle by mid-1996 with a range of just 70km and a diving depth of 500 metres. This target was achieved, with the work at Wormley in previous years being instrumental in meeting this mammoth goal.

Following the fourth Autosub Science Workshop held in Southampton in December 1995, the perfect test tank was identified. It was in fact Empress Dock, directly outside the Southampton Oceanography Centre! 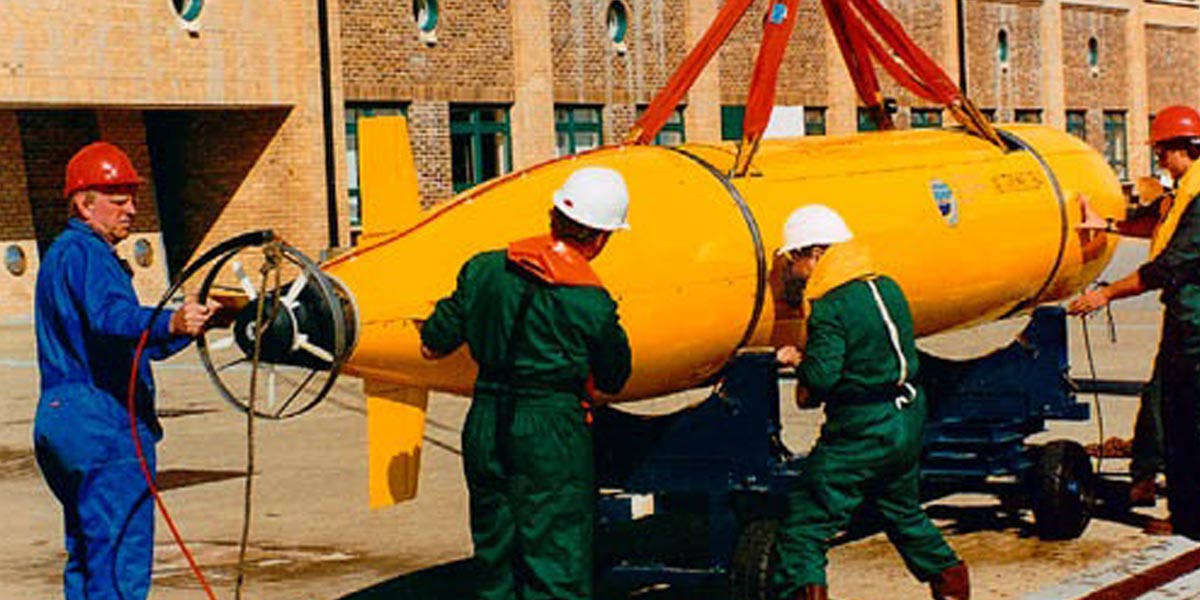 Autosub on the dockside at Southampton Oceanography Center.