Aboard the RRS James Cook, this cruise was primarily focused on acquiring the active-source geophysical data and seafloor imagery to complement the passive recordings of microseisms made by 25 ocean-bottom seismographs (OBS).

Autosub6000 was used to collect the seafloor acoustic imagery alongside a hull-mounted swath system and gravity meter. Despite not quite performing to specification, the data and information acquired were still useful in addressing the scientific objectives. 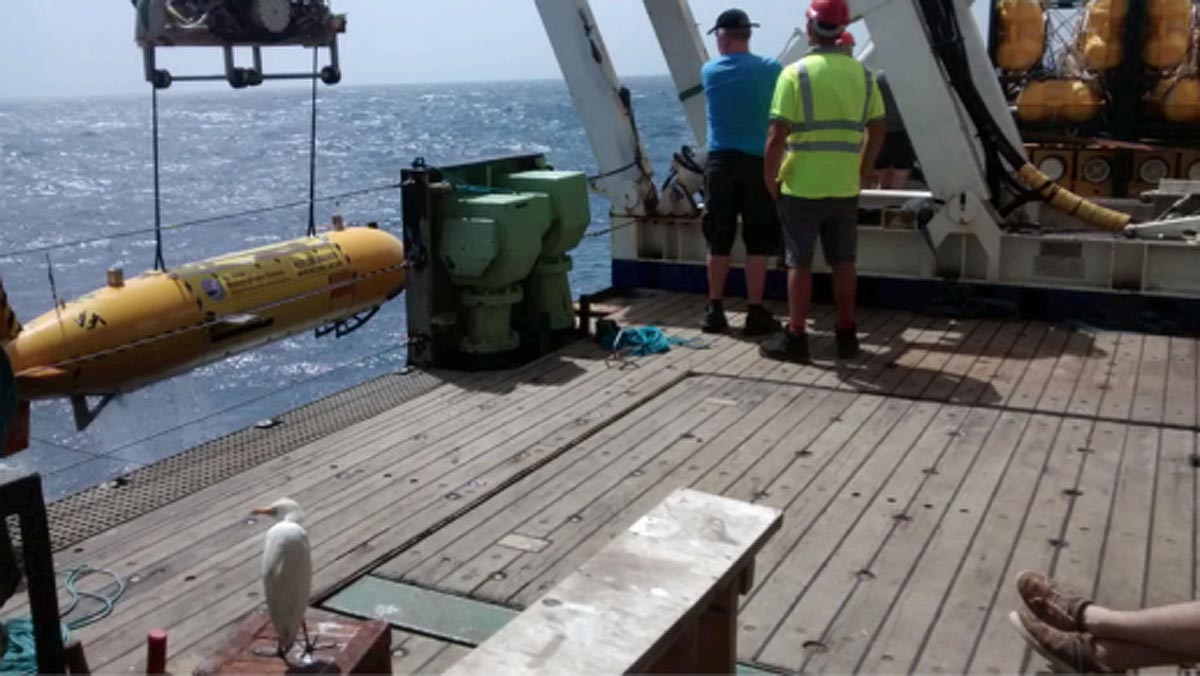 Autosub6000 suspended from the LARS is being recovered onto the RRS James Cook.