Autosub6000 was aboard the RRS James Cook alongside the Isis ROV as part of the ERC CODEMAP project led by Dr Veerle Huvenne.

The cruise objectives were to survey and sample the Whittard Canyon system with the ship, AUV and ROV all providing different pieces of the puzzle.

For the cruise, Autosub6000 was modified so that its multibeam sonar could image the canyon walls, and the AUV’s control code was upgraded to allow it to operate in this complex terrain.

The combination of shipborne sonar, high resolution AUV bathymetry, and ROV imagery provided an unprecedented understanding of the canyon structure.  A blue whale, the first photographed in English Waters, also looked in on the cruise. 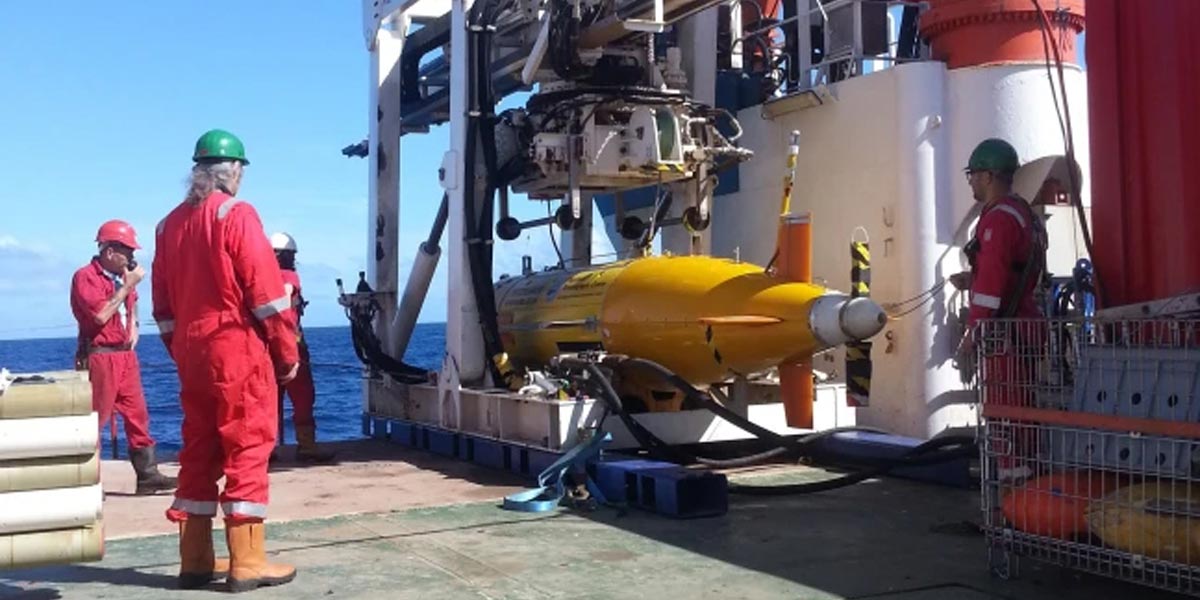 Autosub6000 ready for launch into the Whittard Canyon.