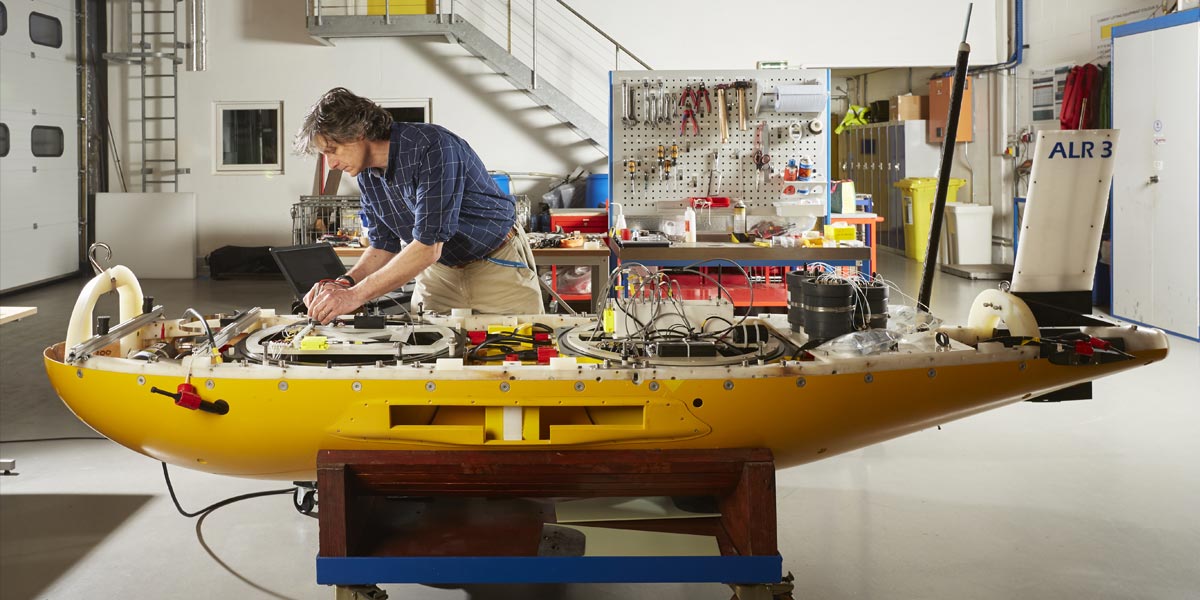 Autosub Long Range (ALR) being worked on in the NOC workshop.