This was the first Polar mission for the Autosub team. As there was no support container on the ship to service the vehicle, the team had to work on a sometimes snow-covered deck!

The Autosub team were accompanied by scientists from the British Antarctic Survey, the Open University and the Marine Lab in Aberdeen. Some incredible locations were visited, including the ice edge in the Weddell Sea, Drake Passage and the Falkland Islands. 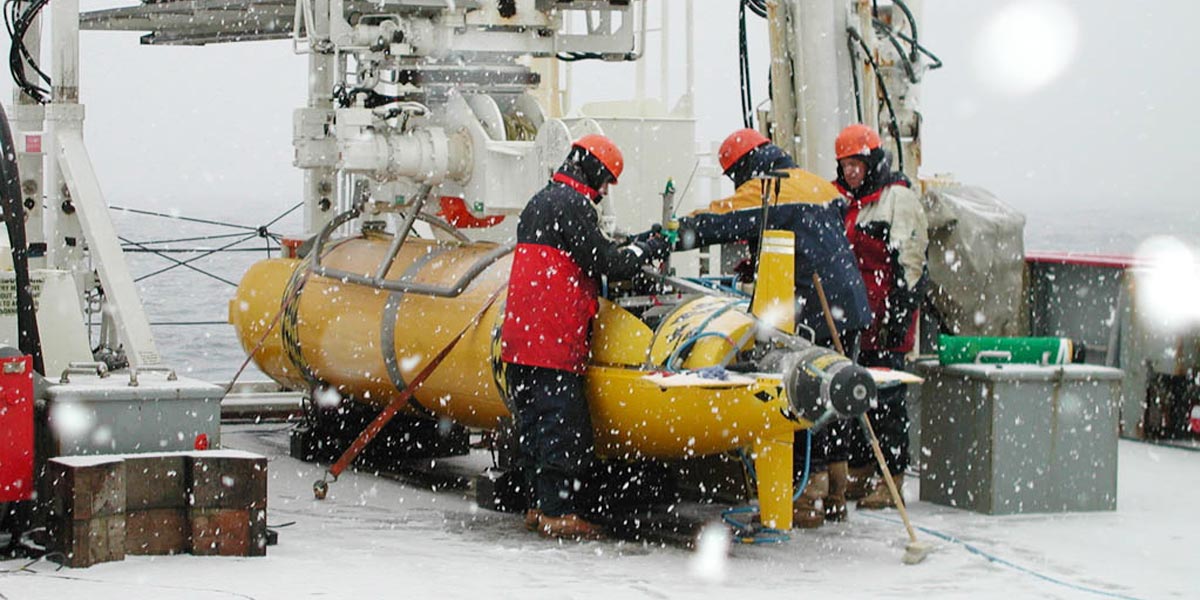 The Autosub team braving the elements on deck in Antarctica!