It was not possible to complete the first of two Benthic NERC Shelf Seas Biogeochemistry cruises due to the temporary loss of Autosub 3. An immediate post-mission search began, and an estimated position of the AUV was found from its emergency beacon. With time running short, the Autosub was left on the seabed to be recovered a few weeks later by the RV Cefas Endeavour.

It turned out that a fault in a navigation sensor caused the AUV to head in the wrong direction, collide with the seabed, and eventually become entangled in a discarded fishing net.

Autosub 3 was recovered and repaired within two months and subsequently took part in the second cruise back again in the Celtic sea. 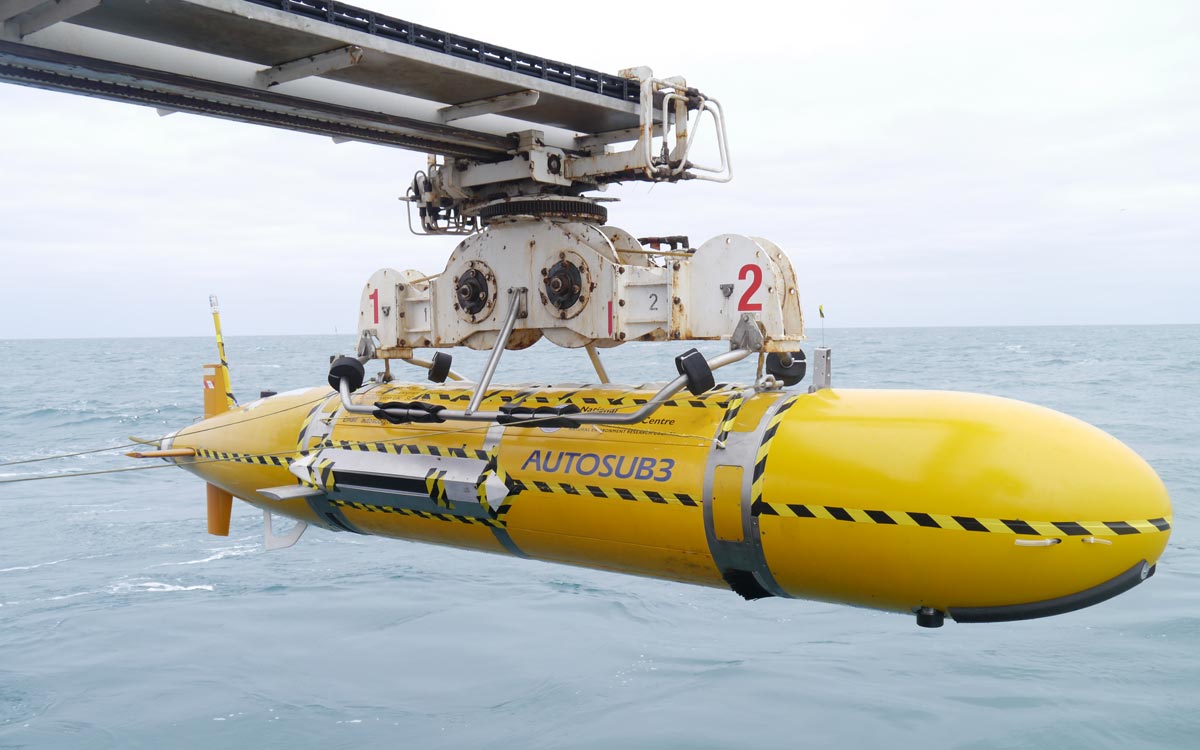 Autosub 3 in the Launch and Recovery System (LARS) cradle ready to be deployed.