Autosub6000 returned to the Darwin Mounds, an area of small cold-water coral mounds in the Northern Rockall Trough, which Autosub6000 had previously surveyed in 2011.

These mounds, discovered by NOC scientists in 1998, are protected from bottom contact fishing. The repeat survey would help identify and quantify any long-term changes to this deep-sea habitat.

Alongside the side-scan sonar Autosub was equipped with an Oceanids funded BioCAM camera system to image the corals.

The AUV was supported by the HyBIS video platform and a series of targeted boxcores, and despite some time lost due to weather and equipment malfunctions, the expedition was a success with the required being surveys completed. 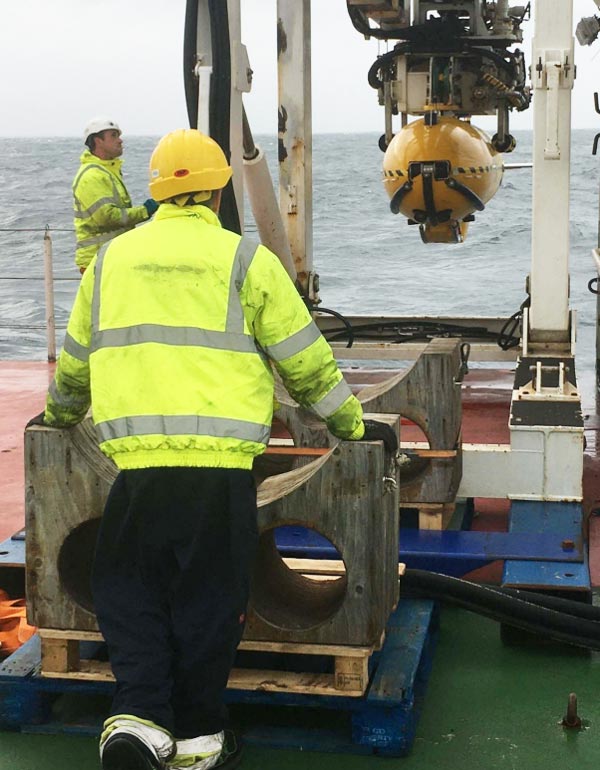 Autosub6000 about to enter the water to start the Darwin Mounds mission.