Following the Portland trials, ALR1500’s next test was in the waters of Loch Ness, Scotland where two of the three new vehicles (ALR5 and ALR6) went through their first round of commissioning trials.

The vehicles carried out a range of test missions of increasing complexity across three weeks in July and August 2019 to test the vehicles enhanced functionality, including Terrain Aided Navigation and environmental profiling capabilities.

The NOC also returned to Loch Ness in November / December 2019 to conduct trials of the next generation of marine sensors and autonomous underwater vehicles. 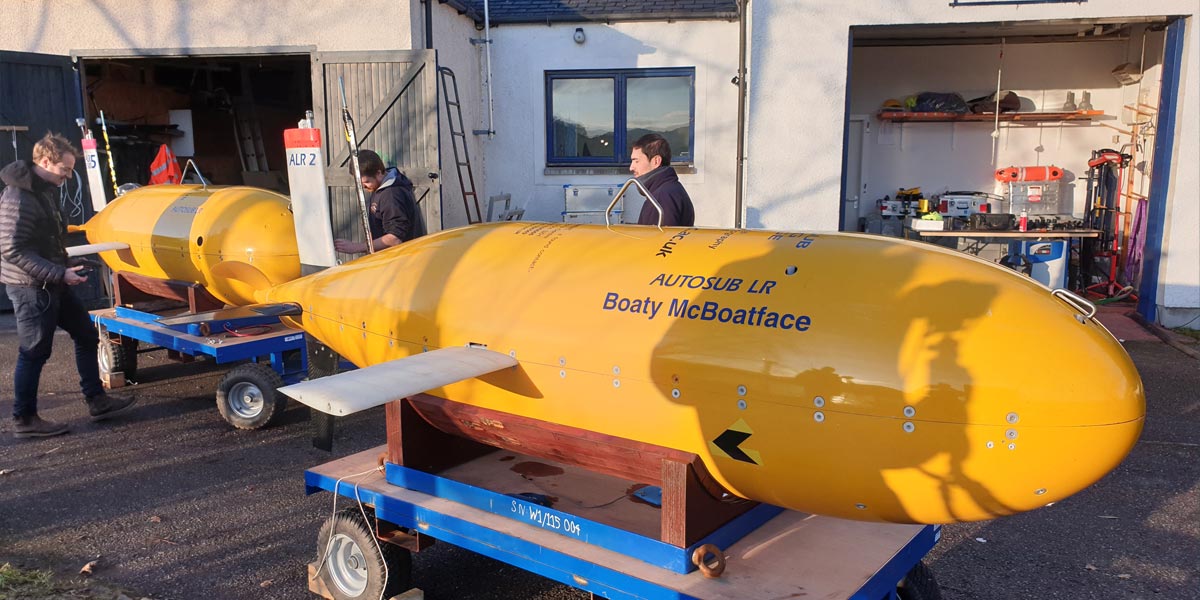 The ALR5 and ALR6 at Loch Ness.