The Autosub team again braved snow and ice onboard RRS James Clark Ross. Due to heavy ice, the cruise was unable to reach its intended working area, the Pine Island Glacier, and instead Autosub was used on multiple under sea ice missions. Thankfully the vehicle housed in a container on the afterdeck, meaning the team was protected from the weather unlike in 2001!

A number of open water tests were carried out in benign conditions of the Bransfield Strait, with the team treated to an appearance from a group of Cetaceans. At one point, a team was landed onto the sea ice with a manual ice drill to make ice thickness measurements and compare with those inferred from Autosub sonar draft measurements. Overall the cruise was successful but on one mission impact with the side of the ship on recovery in choppy conditions damaged nose and sensors of Autosub 2. 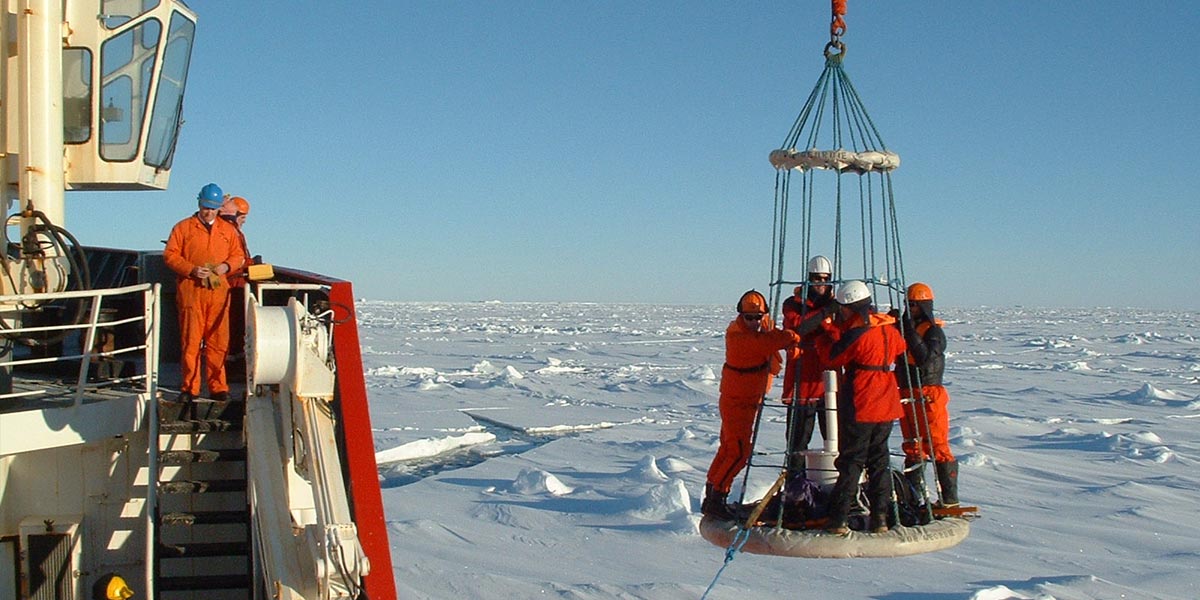 A team was landed onto the sea ice with a manual ice drill to make ice thickness measurements.