Due to severe problems during the 2003 Autosub Under Ice (AUI) cruise determined to be caused by design weaknesses in the commercial underwater connectors, Autosub 2 underwent a major rebuild.

A continental shelf depth mission was organised to trial the modified vehicle, but unfortunately it didn't go to plan. Four hours into the mission, acoustic tracking showed Autosub to have stopped and become stuck on the seafloor. An altimeter fault meant it had been ploughing a furrow into the soft sediment, accumulating material in its nose, sufficient so it ground to a halt and was too heavy to surface even after dropping its abort weight. 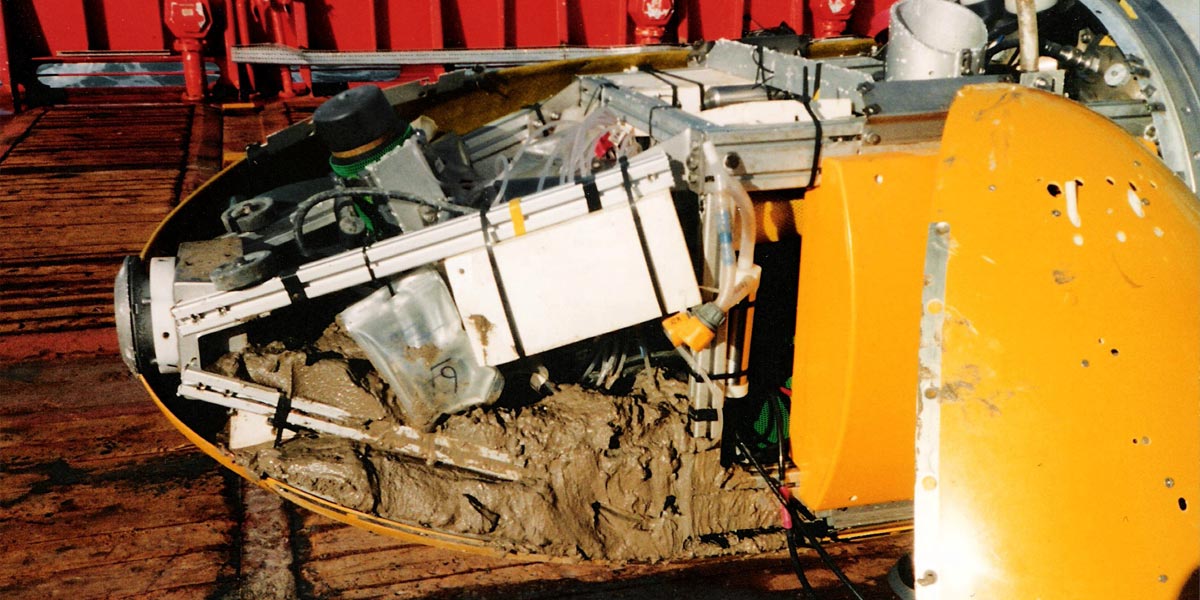 Acoustic tracking showed Autosub 2 had been ploughing a furrow into the soft sediment, accumulating material in its nose.