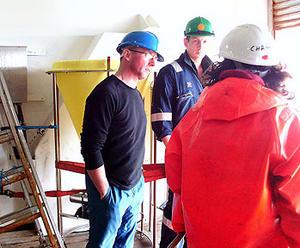 Today’s blog is by Stuart Piertney.

Quite a few of the samples being brought up from the deep are being preserved in ethanol for DNA analysis when we’re back on land. 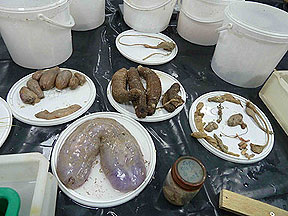 Chrysa is preserving the sea cucumbers and sea stars from the trawl samples and amphipods from the amphipod trap, Claire is keeping some of the animals from the mud cores, and I’m sampling all the fish and the other invertebrates from the trawl and baited lander. Looking at the sequence of DNA bases in specific regions of an organism’s genetic code can provide an awful lot of information on life in the deep sea.

For a start, if we’re unsure of what species a sample belongs to, we can dial up its DNA sequence for a so-called barcoding gene, and compare that to a whole reference library of barcodes that have been collected by other scientists. And voila, it’s identified! In some cases we’ll be the first people to ever read the barcode for a species, so will be adding to this library just like adding names and numbers into a phone book. 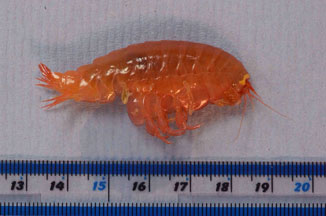 You can also compare the sequence of DNA between species and rebuild their evolutionary history from when they were all a single species way back in time and then branched to become two species, then four, and so on right up until what we see today.

Finally, for any species you can look at how different an individual’s DNA code is to other individuals living in different places, and from that work out how much migration of animals there must be across the sea floor. Some animals won’t be able to move very far at all, so will start to take on a different DNA signature than individuals not that far away. But on the other hand, some animals can move large distances, so these will tend to look more similar in their DNA sequence. Given it’s extremely difficult to track animals in the deep sea, using DNA gives us an different approach. 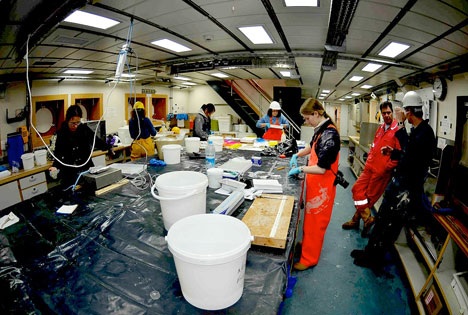