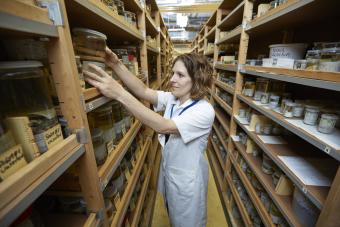 Details of a new open access database that enables the study of our planet’s changing biodiversity have just been published. The BioTIME database has almost nine million entries, from over half a million locations, that are spread pole-to-pole and from 4,000m above sea level to 5,000m below the surface.

The National Oceanography Centre (NOC), and the UK Natural Environment Research Council (NERC) are major contributors to this important, freely available new database. A key contribution from the NOC is biological data from the Porcupine Abyssal Plain (PAP) observatory, some 4,850 m below sea level. The average duration of time-series studies in the BioTIME database, that covers both terrestrial and marine science, is 13 years - the PAP observatory dataset now spans 33 years.

The recently announced 'Climate Linked Atlantic Sector Science' (CLASS) research programme will ensure that this exceptional resource for biodiversity monitoring in the deep ocean continues into the future. The CLASS programme has also enabled new time-series biodiversity monitoring in three of the UK’s Marine Protected Areas (MPAs) - Haig Fras, The Canyons, Darwin Mounds. The NOC’s efforts at PAP, and the UK MPAs, have also benefitted greatly from the continuing rapid development of new marine autonomous and robotic systems (MARS) for monitoring our marine environment.

Dr Brian Bett, of NOC’s Ocean Biogeochemistry & Ecosytems group, is a co-author of the BioTIME publication. He says: “Our work at the PAP began in 1985 with a cruise led by my retired colleague Mike Thurston, and the following year on a cruise led by our retired former director Prof Howard Roe. We have already followed in their footsteps this year, and I hope to pass the baton on to the next generation of marine biodiversity researchers in turn.

“Even 33 years on, we are still discovering new things about the PAP – including new species. The BioTIME database is a safe and accessible home for our numerical data; we are also lucky to have the Discovery Collections at the NOC as a safe home for the biological specimens gathered from the PAP and around the world’s oceans. These date back even further, to 1925 and the cruises of the first RRS Discovery. Data from some of these earlier ventures are also included in BioTIME, thanks to the efforts of my retired colleague Dr Philip Pugh. In just seven years’ time, NOC’s biodiversity monitoring efforts will span 100 years.”

The BioTIME publication has around 250 authors from 200 institutions worldwide, drawing funding from a correspondingly diverse range of sources. NERC funding is acknowledged for a number of marine and terrestrial contributions to the database.