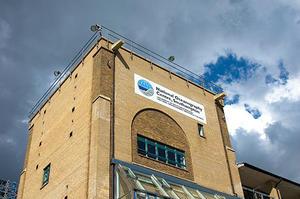 Two former staff of the National Oceanography Centre have been awarded MBEs for services to marine science. The announcement was made in the Queen’s birthday honours list this month. 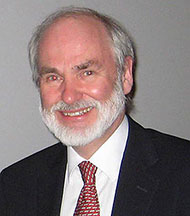 Professor Gwyn Griffiths, who retired from the Natural Environment Research Council (NERC) in 2012 after a distinguished 36-year career as an ocean engineer with the National Oceanography Centre (NOC) remains an active world-leading authority in the field of ocean technology.

During his years at NOC, he was the architect of the NOC’s position as a centre of excellence in ocean technology, culminating in him being recognised as its first ever Chief Technologist in 2011. Gwyn is much more than just a technologist: his ability to build partnerships between engineers and marine scientists across both the UK and international communities and working with them to deliver ground-breaking insights into the complexities of the world's oceans has been key to establishing the NOC’s reputation as one of the world’s top oceanographic research centres. His immense contribution in establishing the NOC as a leader in the use of autonomous underwater vehicles (AUVs) for marine science cannot be overstated and his vision in founding the Marine Autonomous and Robotic Systems (MARS) group, firmly cemented this position.

Gywn commented “I am honoured to have been awarded an MBE. The development of autonomous marine vehicles has enabled scientific discoveries beyond anything we thought possible when we started developing the technology. I am excited to see how our next generation of technologists will continue to advance our engineering and knowledge into the future and I'm proud to remain involved with several aspects of marine science and technology.” 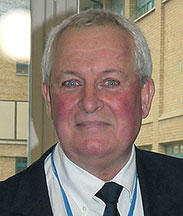 Captain Robin Plumley retired in January this year as the NOC’s Research Ship Manager, having originally joined NERC as a 4th Officer with the British Antarctic Survey (BAS) in 1976. While the longevity of Robin’s service is undoubtedly noteworthy in itself, it is his consistently outstanding contribution to advancing the scientific effectiveness of NERC’s ships and the people that crew them that has been recognised. During his career he served in seven Royal Research Ships, four of which he commanded. He was appointed the first Captain of the new RRS James Cook, which transformed the ability of the UK marine science community to research the deep ocean environment. In 2007, he moved ashore as Research Ship Manager, where his vast experience underpinned his standing as an international expert in his field.

Robin said of the news: “During my career, I have been privileged to command some of the most advanced research vessels in the world in some of the most extreme environments. I have also worked alongside exemplary people both on board the ships and since coming ashore, which made my role all the more rewarding. To be receiving an MBE for services to marine science is a real honour and gives recognition of the valuable role that scientific research vessels have in furthering our understanding of the ocean.”

Director of the NOC’s National Marine Facilities, Geraint West, said: “It has been one of the great pleasures of my time at NOC to have worked with both Gwyn and Robin. Gwyn has been one of the world’s great visionaries of ocean technology, and the success of our MARS group is largely the result of his efforts over many years. Robin, meanwhile, oversaw the transformation of our research ship fleet into one of the most modern and capable in the world.  Most importantly though, they have both been great people to work with and really cared about developing and supporting the teams around them. It’s hard to think of two people who have contributed more to the success of the NOC, and the award of the MBE to each is thoroughly deserved.”

The MBEs will be presented in the autumn.