Temperature and conductivity measurements are ubiquitous throughout ocean research. These measurements are fundamental in understanding the physical structure of the ocean but also provide valuable contextual information for other co-located biogeochemical measurements.

A project in partnership between the NOC and the University of Southampton aims to provide a small and low powered sensor that is mounted on a fingernail sized micro-fabricated chip. This sensor chip has been integrated into a package for evaluation that includes the electronics required to operate the sensor. The system is undergoing research and development, but laboratory testing has suggested a promising level of capability.

Additionally, dissolved oxygen is a critical parameter in understanding the health of the marine environment and its measurement makes it possible to understand where life is under stress or thrives. Alongside the temperature and conductivity sensor chip a miniature prototype dissolved oxygen sensor has been developed for integration to the same platform. So far, these dissolved oxygen sensors have been deployed at sea and have provided full ocean depth profiles. 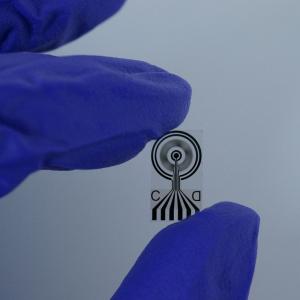