The vehicle was updated with a Tritech Seaking collision avoidance sonar and resilient rubber 'bumpers' underneath to minimise damage should the vehicle strike the seabed.

In these trials Autosub6000 descended 2500m to the top of the Casablanca Seamount twice, with the second dive being within 10m of the seabed. 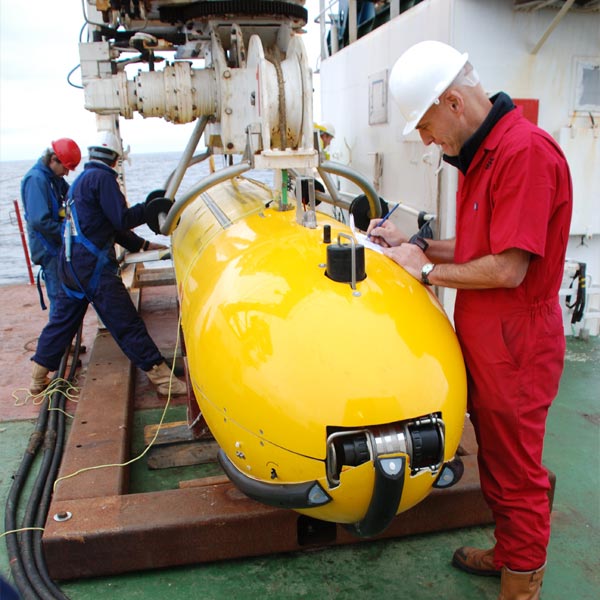 Autosub6000 being prepared on deck for its next mission.