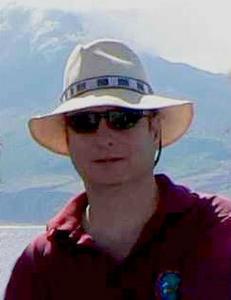 Professor Teagle has received the award in recognition of outstanding contribution to his field of study – which includes drilling through ocean crust to directly sample the upper mantle.

Jointly funded by the Wolfson Foundation and the Department for Business, Innovation and Skills (BIS), the Wolfson Research Merit Award recognises talented scientists of outstanding achievement and potential.

Damon Teagle is a Professor of Geochemistry and Director of Research for Ocean and Earth Science at the University of Southampton based at the National Oceanography Centre, Southampton. He is also the Deputy Director

(Research) of the newly launched Southampton Marine and Maritime Institute. Professor Teagle has wide ranging scientific interests spanning economic ore mineralisation, atmospheric particles, to public understanding of environmental policy. He is expert in the formation and evolution of the ocean crust, which covers more than 60% or our planet, and the influence of hydrothermal seawater-basalt exchange on global chemical budgets, such as the carbon cycle and the chemistry of the oceans.

His Royal Society Wolfson Research Merit Award is to further understanding of the timing, duration and extent of exchange on the vast ocean ridge flanks through radiometric dating of hydrothermal minerals recovered from the ocean floor by scientific ocean drilling.

He said “Volcanic eruptions and spectacular black smoker vents at the mid-ocean ridges receive much attention because they are dynamic and photogenic environments; assuming you have a submarine or remotely operated vehicle to hand.

“However, for many processes, such as the uptake of carbon by the ocean crust, it is the low temperature reactions that occur on the vast ridge flanks that are most important. We have known that there must be seawater flow on the ridge flanks for decades from heat flow measurements and theoretical modelling, but scientific ocean drilling allows us to directly sample often deeply buried basalts and the co-existing fluids to measure the exchanges with seawater. If we want to understand the global cycles of major elements such as carbon, calcium, or magnesium, let alone the more boutique isotopic tracers we use to reconstruct past ocean chemistry, we need to establish the rates and reasons for seawater-rock reactions.”

Professor Teagle has been heavily involved in scientific ocean drilling for more than 20 years and has served as Co-Chief Scientist on three ocean drilling expeditions and sailed on a further five cruises. He is one of the principal proponents of the MoHole to Mantle project to drill completely through the ocean crust and directly sample the upper mantle. He co-wrote new science case for the next phase of international collaboration for ocean drilling (IODP 2013-2023) that led to its successful renewal and is Chair of the NERC UK-IODP Programme Advisory Group. In 2013, Professor Teagle led the successful £6.3m University of Southampton-led NERC Doctoral Training Partnership “SPITFIRE” that will train more than 100 environmental researchers and recently was a lead proponent on the £3 million Engineering and Physical Sciences Research Council (EPSRC) Capital for Great Technologies Bid in Autonomous systems.

The Royal Society is a self-governing Fellowship of many of the world’s most distinguished scientists drawn from all areas of science, engineering, and medicine. The Society’s fundamental purpose, as it has been since its foundation in 1660, is to recognise, promote, and support excellence in science and to encourage the development and use of science for the benefit of humanity.