Success at the NOC 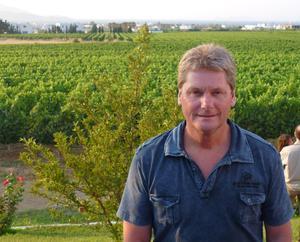 A trio of distinguished NOC scientists have recently had their contribution to oceanography recognised with a promotion, a fellowship and an award.

The NOC scientist, Dr Peter Talling has been awarded an Individual Merit Promotion for his sustained research effort and publication record. Pete is part of the wider sedimentology and geohazards research community across the NOC and University, where his research has a particular focus on understanding slope failure in marine sediment and turbidity flows, which has direct implications for deep sea infrastructure, such as pipelines and telecommunication cables.

This is just one of a number of recent achievements for the NOC sedimentology and geohazads research group as a whole, including winning multiple NERC grant awards won by fellow sedimentologist, Dr Matthieu Cartigny. Professor Doug Masson also won the Perce Allen Award for his distinguished body of work at NOC prior to his retirement, and Mike Clare picked up the Harold Reading medal for his paper in Geology on ‘Distal turbidites as a record of mega-landslides’. Furthermore, James Hunt coordinated the effort to collect a record breaking number of sediment cores during a research cruise to the Nordic Seas.

In addition, in the last few weeks Dr Claire Evans was awarded a prestigious NERC fellowship to study the role of the microbial carbon pump in planetary carbon sequestration, and how it may be influenced by ongoing climate change. The project is part of the NOC’s sustained research into global biogeochemical cycles, and will build on our understanding of the cycling of organic matter through the ocean.

Finally, NOC scientist, Dr Peter Thorne, was invited to be a H. Burr Steinbach Scholar at Woods Hole Oceanographic Institution in early August. This will involve giving a number of talks and offering consultation to interested students. Peter hopes to interest and entertain staff and students with talks on ‘solutions to acoustic scattering problems’ and ‘understanding boundary layer sediment transport processes’.

Professor Ian Wright, Director of Science and Technology, at NOC remarked “These awards of peer esteem and funding success for NOC scientists underlines the outstanding breadth and quality of our science, and I congratulate all these staff in their personal successes”.