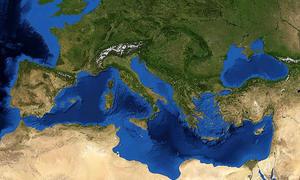 An exercise taking place this week, that simulates a tsunami striking the north-eastern Atlantic, the Mediterranean and connected seas, will involve 19 states stretching from Cape Verde to Lebanon and from Spain to Finland.

It was borne out of an international meeting, hosted by the National Oceanography Centre in Southampton in September, which brought together more than 60 experts working in the fields of earthquakes, sea level, risk assessment, tsunami warning systems and civil protection.

This full-scale exercise, called NEAMWave12 takes place this week (27-28 November) and involves four scenarios: a repeat of the 1755 earthquake that devastated Lisbon, a tsunami generated at the subduction zone off Algeria, and two different events affecting the Aegean Sea. Experience gained will help participating countries prepare their response to a real event. The purpose is to test communication systems that pick up warning signals and, in some countries, the ability of civil protection services to handle such threats. NEAMWave12, is organized under the umbrella of UNESCO’s Intergovernmental Oceanographic Commission (IOC).

NOC-based Trevor Guymer is vice-chair of the intergovernmental group and co-organised the September meeting. He said “The meeting was part of the IOC Tsunami Programme. During the past few months, three countries – France, Greece and Turkey – have announced that they are ready to provide tsunami alerts on a 24/7 basis. As well as planning NEAMWave12 delegates also reached agreement on an accreditation process to ensure that these and other candidate providers meet the same high standard of service – the first time such an approach has been adopted among the tsunami warning systems. Until this accreditation is complete the regional warning system will have an interim operational status.”

The UK has been involved for several years in the IOC’s Intergovernmental Coordination Group, particularly on sea level data and on mitigation and awareness. It has been instrumental in developing agreement on the system architecture.

Within the UK responsibility for handling IOC matters, including ensuring appropriate UK representation at IOC and its subsidiary bodies, is devolved by Government to the Natural Environment Research Council (NERC). Tasks are carried out by the UK IOC Office, funded by NERC, and hosted within the International and Strategic Partnerships Office at the National Oceanography Centre.

Further information on the UK’s role in the Intergovernmental Oceanographic Commission (IOC).