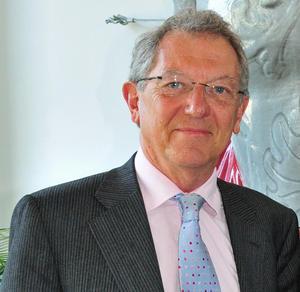 There is widespread public concern and confusion about climate change.

The ‘Science of Climate Change Briefing’ aims to address the biggest environmental issues facing the planet in the 21st century, such as rising sea levels and increased carbon dioxide emissions. Scientists at the University of Liverpool and the National Oceanography Centre (NOC) will come together to promote further debate about climate change within the scientific community, as well as encourage more engagement with policy makers and general members of the public on a variety of environmental issues.

Professor Sir David King, also the University’s Chancellor, advised the Government on issues such as the Foot and Mouth epidemic, GM foods, and energy provision. He will discuss the national and international commitments to protecting the environment and the key strengths of the UK’s science base in helping solve problems concerning energy efficiency, the spread of infectious diseases, and flooding.

Lawrence McGinty is a University of Liverpool graduate in Zoology and reports on science and environmental issues for ITV news programmes. Lawrence and his team were awarded an Emmy for Best International News Coverage of the Mozambique floods in 2000. He will talk about his experiences covering some of the world’s biggest natural disasters, as well as health problems affecting global communities.

Professor Ric Williams, Chair in Ocean Sciences at the University of Liverpool’s School of Environmental Sciences, said: “There is widespread public concern and confusion about climate change. In our lifetimes, atmospheric concentrations of carbon dioxide have risen, leading to a measured warming around the globe. Despite this warming effect, there are extensive regions of the Earth which are becoming much cooler or warmer linked to natural variability over the period of a decade, similar to changes in our weekly weather.

“It is important that scientists come together to pose new questions about climate change so that we can communicate effectively with members of the public and policy makers on how to protect our environment better. At this event we will discuss whether we should be concerned about carbon emissions, rising sea levels and the spread of disease from animals to humans.”

Other speakers at the event include Chair of the Science and Technology Select Committee, Andrew Miller MP; Professor Philip Woodworth of the NOC; University of Liverpool physicist, Professor Tim Greenshaw; and epidemiologist from the University’s Institute of Infection and Global Health, Professor Matthew Baylis.

The event supports the University’s research theme, Living with Environmental Change, which brings together researchers from across the institution to study areas such as sea defences, human and animal diseases, and social and economic change.

The ‘Science and Climate Change Briefing’ will take from 4.00pm on Thursday, 10 February, at the University of Liverpool’s Sherrington Building, Ashton Street, Liverpool.

Members of the media are invited to the event; please contact Samantha Martin on the number below if you plan to attend.